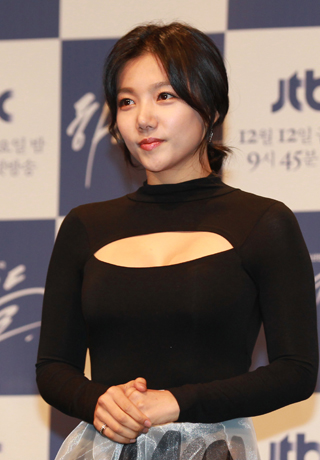 Actress Lee Chae-young has been confirmed to be taking part in the Korean-Chinese film, “The Day of Inversion,” according to the 29-year-old’s talent agency on Thursday.

“Lee will be playing the role of a detective, who works on the same team with actor Lee Jung-jae [who stars in the film],” the agency said. “The first shooting of the film is expected to take place in mid-July.”

News of the movie went viral on the Internet after a slew of reports regarding actor Lee’s participation in the project were disclosed in April. It also started receiving more attention after top Chinese actor Chung Hon-leung was confirmed to be starring in the film.

Lee debuted in 2003 by appearing in a music video for the hip-hop group Turtles. She continued starring in various music videos for popular songs such as “I Do” by Rain and “Did You Forget It” by Yoon Mi-rae.