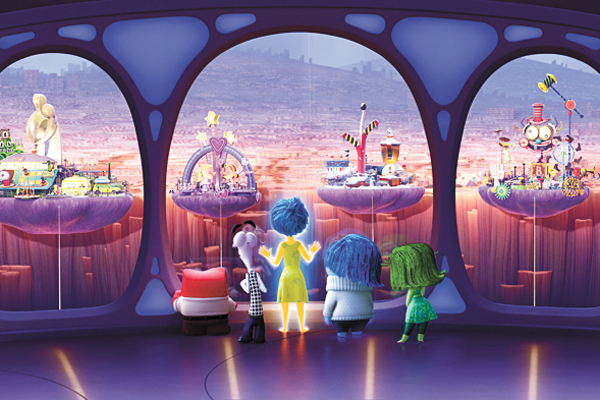 This summer, Pixar released an extremely innovative and heartfelt animated movie that will appeal to both younger and older audiences.

Director Pete Docter, who was behind animated hits like “Monsters Inc.”(2001) and “Up” (2009), initiated the “Inside Out” project based on his real-life curiosity in which he wanted to know what is going on inside his little daughter’s head.

After revising the script for five years, getting advice from psychology experts, he came up with five different emotions named Joy, Anger, Sadness, Disgust and Fear to take the center stage in what’s called the Headquarter.

The movie deals with how a girl named Riley copes with the absence of two emotions, Joy and Sadness, from her mind when she has to adapt to a new environment after she moves to San Francisco, leaving her hometown behind in Minnesota.

On top of brilliantly depicting how these five emotions interact to formulate a person’s mind and personality, the film makes a valid point that Sadness, the emotion people want to suppress, is also a very important part of our lives.

If you think this movie will be full of joy like most animations, you might be surprised to find out how many tears will be shed, as you may be inclined to reminisce about your childhood and how it helped you develop into the person you have become. 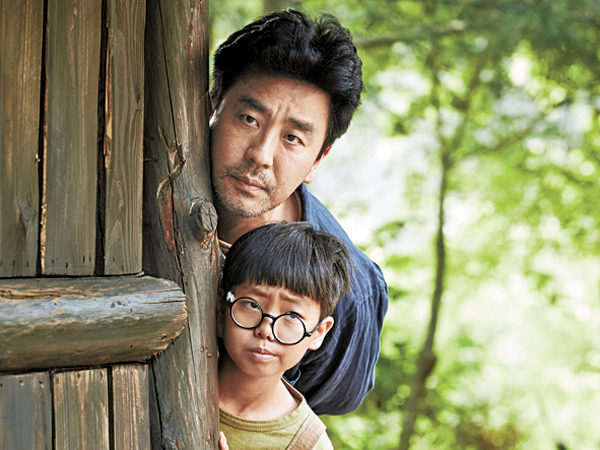 “The Piper” is a unique tale which is roughly based on the old story of “The Pied Piper of Hamelin.”

Considering the fact that it is Kim Kwang-tae’s debut feature, the film is full of bold attempts and a fresh plot.

With the period just after the Korean War as its backdrop, the film sends a message about what happens if one doesn’t stay true to one’s word.

Actor Ryu Seung-ryong, one of the most well-known Korean actors who has appeared in a string of box-office hits such as “Roaring Currents” and “Miracle in Cell No. 7,” plays a wandering piper, Woo-ryong, who unwillingly enters a rather strange village during a rainstorm.

The village chief (Lee Sung-min) promises to award a considerable amount of money if the newcomer is able to oust the rats from the village. However, despite actively coming up with plans to eradicate the rats, the attitudes of the villagers become more and more indifferent and cold-hearted toward Woo-ryong and his sick son.

Gradually, the film unveils a mysterious secret lying beneath the village.

In addition to Ryu and Lee Sung-min in the lead roles, Lee Joon, a former member of idol group MBLAQ, plays the role of Nam-soo, while actress Chun Woo-hee acts as an unfortunate shaman in the film. 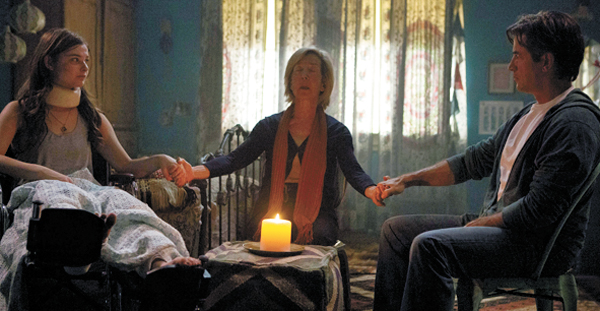 America’s popular horror series “Insidious” is back with its third installment with director Leigh Whannell at the helm.

Stefanie Scott, who plays a girl named Quinn, visits a psychic medium, Alice (Lin Shaye), who unveils a unique ability about her patient and asks her to call her dead mother.

After this uncommon ceremony, Quinn begins to be attacked by unknown forces and threatened with death.

Alice, who recognizes the creature inhabiting Quinn, decides to visit “the further,” the boundary between life and death, in order to confront the horrifying demon and find out why it is threatening them.

The movie not only succeeds in giving the audience a spine-chilling movie experience, but it also adds dramatic elements by emphasizing motherhood and by describing family affection, a rare theme for a horror film.

For those who would like to feel goose bumps in the sweltering weather, this movie would be an apt choice at the theater.

“Rudderless” is anticipated to be the next hit musical film, as the Korean audience has shown a special penchant for the genre, demonstrated by the immense popularity of “Begin Again” (2013) and “Whiplash” (2014). 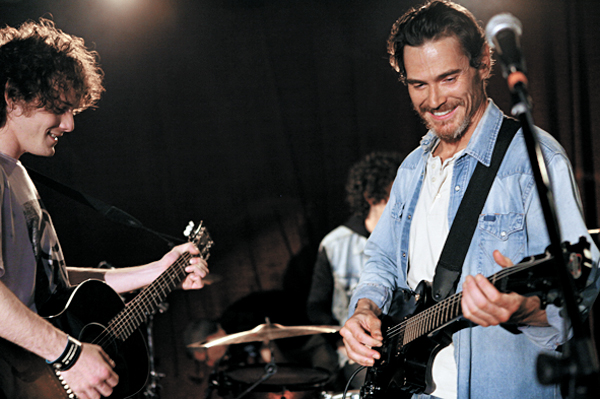 The first half of the film focuses on the sadness of Sam (Billy Crudup), who lost his beloved son Josh in a shooting spree.

Once a successful worker at an ad agency, Sam quits his job and works as a painter.

One day, while going through the stuff that Josh had left behind, he finds a CD that contains recordings of the songs his son made.

Sam starts to sing these songs at one of the pubs he is a regular at, trying to honor his dead son and also interact with the world he has so long looked away from.

One day, he receives an offer from Quentin (Anton Yeltsin) to work together in a band named Rudderless.

The band sails smoothly in the beginning. However, when Quentin finds out that the band’s songs were actually written by Sam’s dead son, the band encounters their biggest crisis.

One of the most interesting things about this film is that it is the directorial debut for William H. Macy, who is known to the public as the actor who starred in “Jurassic Park 3” and “Air Force One.”

Although it is his first try, Macy’s film has already won critical acclaim on its home turf, labeled as “bold” and “remarkable.”

Its original soundtrack was also released on Thursday.

This mystery drama directed by Shin Su-won, a frequent entrant at the Cannes Film Festival, unveils some of the darkest aspects of Korean society.

In particular, it shamelessly reveals how females who are in vulnerable positions in a hierarchical society have no voice whatsoever to claim their rights.

Starring Seo Young-hee, Kwon So-hyun, Kim Young-min and Byun Yo-han, “Madonna” follows nursing aide Hae-rim (Seo), who is assigned to care for patient Cheol-oh (Yoo Soon-chul), a billionaire tycoon and a major investor in the hospital who was left paralyzed following a stroke.

After being hospitalized for nearly 10 years, his son Sang-woo (Kim), who has done everything in his power to keep his father alive, finds that the chairman is in desperate need of a heart transplant.

One day, when Mi-na (Kwon), a pregnant streetwalker, is brought to the hospital after a mysterious accident, Sang-woo instructs Hae-rim to find out the woman’s next-of-kin to convince them to sign a donation consent form, suggesting some money in return.

The film subtly interweaves the lives of the two women, as Hae-rim confronts the most shocking secrets from Mi-na’s tragic past.

Kwon, whose performance in the film has received critical acclaim, reportedly gained eight kilograms (17 pounds) for the role of Mi-na, who is nicknamed “Madonna” in the movie.