What do a juicer, frying pan and laundry hanger have in common? These were the top products manufactured by small and midsize Korean companies to sell on home shopping channels in seven markets -- China, India, Malaysia, Thailand, Indonesia and Vietnam -- in the first half of the year.

According to a recent study by GS Home Shopping, the Hurom juicer gained wide popularity in China and it had sales of more than 2 billion won in the first six months of this year. A laundry hanger was the top selling Korean product on the home shopping channel MNG Shop in Turkey.

The report by the Korean retailer showed that Chinese are most interested in kitchen tools including rice cookers. 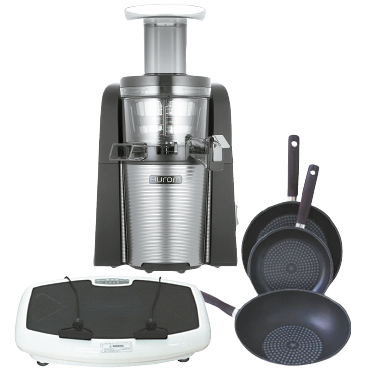 The report also showed that markets in Asia and Southeast Asia have taken a wide interest in products manufactured by small and midsize Korean companies.

Of 70 hit products from Korea in all seven countries, 62 were made by small and midsize companies. Sales of those products accounted for more than 90 percent of the total. For Korean conglomerates, Samsung’s Galaxy Series of phones and cosmetics company AmorePacific’s foundation were included.

Sales iin overseas markets have been growing rapidly. It said in 2012 it had sales of 400 billion won from overseas shopping channels.

Last year, that amount more than doubled to 894.1 billion won. This year, the company expects an increase to 1.5 trillion won.

The first country that GS Home Shopping entered was India, after it purchased the local shopping channel HomeShop 18 in 2009. The most recent foray abroad is a joint investment with Malaysia’s Astro Malaysia Holding in the shopping channel Astro GS Shop last year.