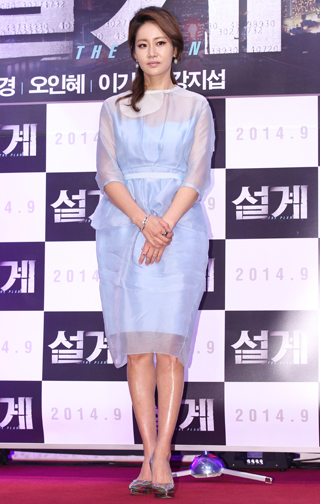 Actress Shin Eun-kyung announced some surprising news while shooting for the reality TV program “Did You Eat?”

During the program, which aired Sunday, the 42-year-old admitted that she was dating someone and confessed, “I have always put the people around me as top priority because I don’t want them to get hurt by how other people see me.”

“But one day,” she continued, “I realized that even though I actively pursue an acting career, there was no time or space for me to care about what I really like as a person.”

Shin then mentioned that she had recently started seeing a man with whom she can share her feelings, and that she was greatly happy about the relationship.

She added that, as a TV personality, she had decided to make public the relationship because she didn’t want her boyfriend to have to hide.

Due to the difficulties surrounding Shin’s former marriage, many of her fans expressed tremendous support online for the actress’s budding relationship.

The actress married her current ex-husband, the CEO of her former entertainment agency, in 2003 and gave birth to a son the same year. The union was short-lived, however, and the couple divorced in 2007, citing several failures in her ex-husband’s businesses, which was detrimental to her acting career.