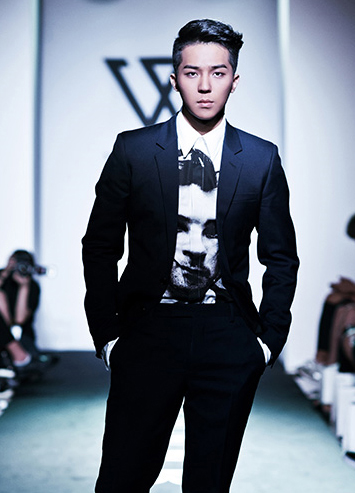 The boy band Winner’s Song Min-ho, who has been engulfed with criticism for the sexist comment he made during season four of the rap survival audition program “Show Me the Money,” made an official apology through the band’s Facebook page.

“I’m truly sorry and feel regretful about what I said. I believe I made the mistake because the show is an audition program, where I have to compete against others, and I have felt pressured to come up with provocative lyrics.”

During the episode that aired on Friday, the 22-year-old rapped, “MINO sniping daughters, open your legs like [you’re in a] maternity unit,” which seems to demean women giving birth or receiving treatment at a maternity unit.

His comment has drawn criticism from people across the nation, including the show’s audience, Internet users and people who work in maternity units. Celebrity Seo Yu-ri, for example, showed her discomfort by writing a comment on her SNS, saying, “Many people these days seem to believe they are born from an egg, not from their mother’s belly,” the words directed at Song.

The program’s production crew made their apology on Monday afternoon in response to the rising backlash, which also spread to the production team for not filtering the lyric.

“We are trying to produce the program in consideration of the audience, and we are also doing our best to comply with the broadcasting review regulations,” they said. “Despite our efforts, however, we made a mistake, and we are very sorry for making our audience disappointed and uncomfortable while watching the program.”