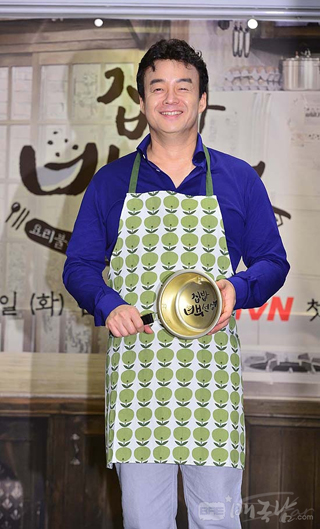 Restaurateur Baek Jong-won, arguably one of the hottest figures in the nation right now, is said to be planning to donate all the money he earned from starring in advertisements, according to Starnews Korea on Monday.

Various people close to the chef mentioned that Baek already gave away all the profit he earned from modeling for Sensodyne Toothpaste, and that he is also planning to donate his earnings from modeling for other products, including Dongsuh’s Oreos.

“He is thinking of giving away the money because he wants to create a better society,” a source said.

Even though the chef has several possible recipients in mind, he has not yet made a final decision.

Baek has become one of the most sought-after models for ads, thanks to his friendly image.

“Thanks to his friendliness that makes people of all ages feel comfortable seeing him, Baek’s popularity as an ad model is expected to continue,” said ad agent Yoon Seol-hee.