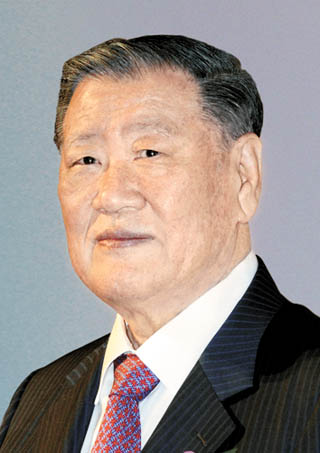 Hyundai Motor Group Chairman Chung Mong-koo chastised executives on Monday over the group’s poor overall performance in the global market and urged them to provide solutions to overcome the current crisis.

At the company’s headquarters in Yangjae-dong, southern Seoul, on Monday, the leading chief of the nation’s two auto giants, Hyundai Motor and Kia Motors, called a meeting with 60 executives heading branches overseas to review sales records in the first half of this year.

The group also discussed marketing and production strategies for the second half under poor market conditions caused by a weak yen and euro, as well as the slumping economy in China and other newly industrialized nations.

Chung’s disapproval over the company’s score in the first half was evident during the gathering. “It’s true that market circumstances have given us a hard time, but we can’t just sit back and complain about that and watch our rivals take away our consumers,” he was quoted as saying. “I believe that we can overcome the current crisis with our own abilities, and we will get much stronger when we successfully get through this.”

Chung then urged the executives to provide solutions.

“No matter how difficult the market is, the key solution to overcoming this situation is sales. We need to provide the best support to people who are actually selling cars so they can bring the best outcomes. In a situation like this, we need to stick together and attempt to develop an effective system that can help each division cooperate with one another.”

In the first six months of the year, Hyundai Motor sold 2.41 million cars, 346,434 units in the domestic market and 2.15 million vehicles overseas. The total dropped by 3.2 percent from a year ago, when it sold about 2.49 million cars.

One of the biggest reasons the nation’s leading automaker has struggled in the export market is because sales of best-selling models like the Sonata and Avante sedans have decreased in the United States and China, the two biggest export markets for the company.

Price competitiveness for the mid-size Sonata was perhaps its greatest advantage when compared to rival models such as the Toyota Camry. The Sonata was previously about $3,000 to $5,000 cheaper than the Camry, though with both cars going in the U.S. market now for between $22,000 and $30,000, the price gap has been rendered insignificant. 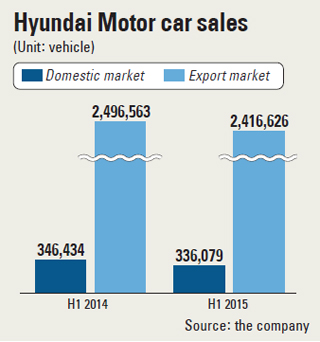 Toyota was able to lower its price on top of a weak yen, strongly driven by its government. And the situation wasn’t so different in China. The company sold 60,181 cars in June, a 29.3 percent drop from a year ago, after being strongly challenged by Japanese automakers, including Toyota and Honda, which introduced new models at reduced prices.

“The company had a hard time in the U.S. in the first half because we couldn’t read market trends well, and the demand for SUVs and pick-up trucks was increasing,” Hwang Kwan-sik, a Hyundai Motor spokesman, told the Korea JoongAng Daily. “But we expect to improve our performance in the second half. We started selling the new Tucson SUV this month and will strengthen our marketing strategies in the hopes that we can get the word out that Hyundai cars are better quality than models from other automakers.”

In the 2015 Initial Quality Study conducted earlier this month by J.D. Power, Kia Motors was ranked No. 1, with Hyundai Motor coming in second to beat rivals BMW, which ranked sixth, and Lexus in ninth place.

However, it remains to be seen whether the company can bounce back immediately.

The Korea Automotive Research Institute said on Monday that the global car market will grow by 1.2 percent from a year ago, with 85.5 million cars sold - lower than the 2.6 percent forecast in the beginning of the year.

The predicted growth rate is the lowest since 2009. The global car market expanded by only 1.3 percent in the first half from a year earlier and is expected to grow by 1.1 percent in the second half, respectively.

Also on Monday, the Korea Chamber of Commerce & Industry predicted that Korean automakers would have a tough time in the second half due to a number of factors, including a possible strike over negotiations between companies and labor unions in setting this year’s wages. 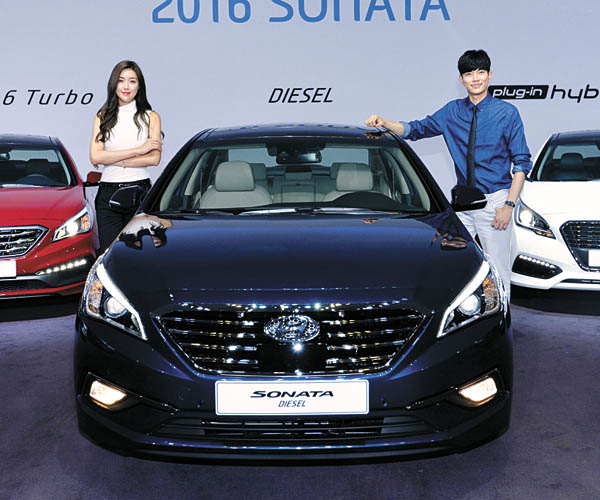 The situation for Kia Motors, on the other hand, isn’t so different from the global market. The company sold about 1.28 million units throughout June, a 3.1 percent drop from a year earlier when it sold 1.32 million cars. The company said it will work to attract foreign consumers with new K5 sedan in the second half of this year.