With union aboard, Hana-KEB merger nears

With union aboard, Hana-KEB merger nears 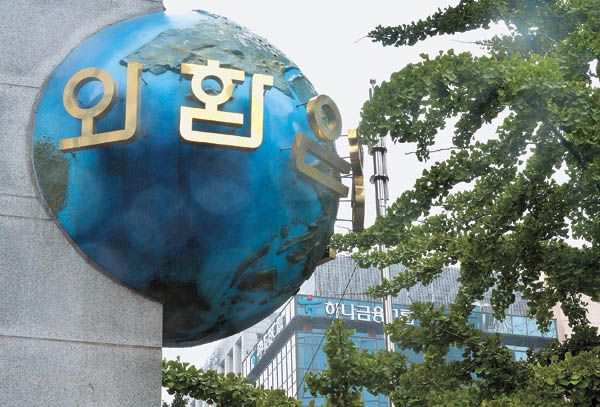 Hana Financial Group’s logo on a signboard across the street from Korea Exchange Bank’s globe in central Seoul on Monday. [NEWSIS]

Hana Financial Group Chairman Kim Jung-tai’s dream of a merger between Hana and Korea Exchange Bank may finally be within reach. The labor union at KEB has finally accepted an offer from Hana, but with several conditions attached.

The union agreement has been the biggest obstacle to a merger. With it cleared, Hana wants to zoom to the top of the banking heap in this country as the largest lender, ahead of the likes of KB Kookmin, Shinhan and Woori.

According to a Hana Financial Group announcement on Monday, Kim and the labor union have agreed that a merged Hana and KEB can open for business in October. The union has opposed the merger since it was first proposed a year ago, but now says it will agree, subject to a list of conditions.

The union’s demands mostly stem from fears that former KEB employees may be second-class citizens in the new operations as well as a desire to keep its bargaining power. It wants separate personnel systems during the first two years of the new bank’s operations, a guarantee of fair job evaluations, employment security and the continuation of separate labor unions for ex-Hana and ex-KEB workers until the unions themselves agree to merge. It also demanded that there be no cuts to wages and benefits and that the new bank’s name to include KEB.

As another step on Monday to quickly merge the two banks, Hana submitted a preliminary approval review of the merger to the Financial Services Commission (FSC), which has 60 days to accept or reject it.

The banking group says it is optimistic that the FSC will agree to the merger; a Seoul court last month found no legal barriers to going ahead. The FSC also favored the merger when Hana sought the same preliminary approval review in January.

“The agreement was a result of continuous efforts by Chairman Kim to work with KEB’s labor union officials, including the head of the workers, Kim Geun-yong,” the Hana statement said. “Both sides agreed they had to overcome the difficult financial industry environment and the worsening management situation at KEB.”

The success in cajoling the union to agree on the merger is being seen as a signal achievement by Kim; the union has been the biggest obstacle to a merger for more than a year.

The union at one point asked for and received a court injunction that halted work on the merger that was to have been completed in March. At the time, the union complained Kim was reneging on a guarantee he made when Hana bought Lone Star’s KEB holdings in 2012, that the two banks would be managed separately until 2017.

Kim first started talking about the need for a speedier merger in July 2014, with three years still left on the clock, because bank profitability was declining in general. The government’s loose monetary policy brought interest rates down, and Hana was not finding the synergies it expected when it decided to buy KEB.

Hana and KEB separately rank low on the list of leading domestic banks. At the end of March, Hana’s total assets were 171.3 trillion won ($151.5 billion) and KEB’s were 118.7 trillion won, far less than the 282.1 trillion won in assets of the No. 1 lender KB Kookmin Bank or of Shinhan or Woori Bank.

But combined, Hana and KEB outstrip competitors with 290 trillion won in assets.

Kim has continuously emphasized the need for a full merger to maximize the banks’ potential. Hana specializes in retail finance and private banking, but is weak in overseas and corporate finance, which have been the specialties of KEB since the bank opened. 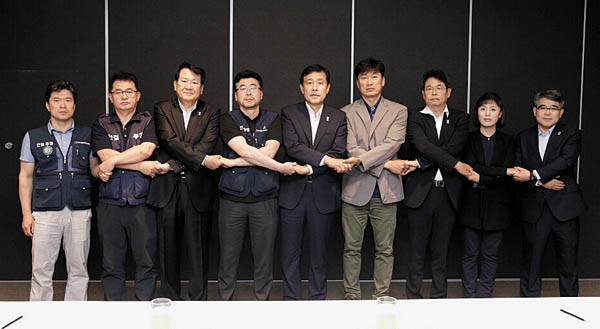 Additionally the combined bank will be at less of a disadvantage with retail customers. Both have a relatively small number of branches;KB Kookmin has 1,150, followed by Woori with 1,090 and Shinhan with 930. Hana has 620 and KEB only 350. The merged bank will also outstrip its competition in the number of overseas branches and offices, with 127 in 24 countries. Woori has 184 in 18 countries, Shinhan has 74 in 16 countries and KB Kookmin has 18 in 11 countries.

With expectations about the merger high, investors flocked to buy shares on Monday. Hana Financial Group’s shares rose more than 4 percent as the market opened and closed up 2.95 percent.