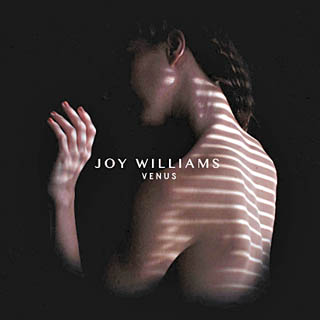 Nearly 20 minutes into “Venus,’’ an acoustic guitar emerges from the computer clamor that fills most of the album. The refreshing sound of an actual musical instrument nudges Joy Williams into the set’s best song: the soul-baring ballad “What a Good Woman Does.’’

Williams’ acrimonious split with Civil Wars partner John Paul White is at the core of “Venus,’’ her first solo album since the breakup. She also sings about the death of her father and a rocky patch in her marriage, addressing the topics with candor and eloquence.

But when Williams parted with White, she also said goodbye to folk music.

Rebooting as a solo act, the 32-year-old chose to create songs geared for dance clubs instead of coffee houses, with lots of robotic whooshing and whirring. Part of the problem may be too many fingerprints on the project - one song has five co-writers, Williams among them.

It’s a testament to her vocal skills that she sounds so good singing this music. That makes the best of “Venus’’ more powerful than any synthetic kick drum. AP