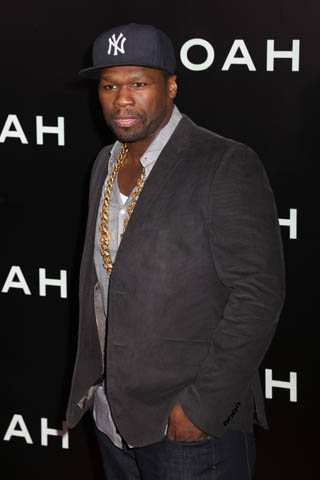 HARTFORD - The rapper 50 Cent, known for the album “Get Rich or Die Tryin’,” has filed for bankruptcy.

The artist, whose real name is Curtis Jackson III, filed for Chapter 11 bankruptcy protection in U.S. Bankruptcy Court in Hartford on Monday, days after a jury ordered him to pay $5 million in an invasion-of-privacy lawsuit. He owns a 50,000-square-foot mansion in nearby Farmington.

The filing lists both the assets and liabilities for the rapper and actor as between $10 million and $50 million and indicates his debts are primarily consumer and not business-related.

The filing comes after a New York jury on Friday ordered Jackson to pay $5 million to a woman who said he acquired a video she made with her boyfriend, added himself as a crude commentator and posted it online without her permission.

The jury this week was scheduled to deliberate on possible further, punitive damages in Lastonia Leviston’s invasion-of-privacy lawsuit against Jackson. But the filing may put the trial on hold. Jackson did not appear as scheduled Monday to testify about his finances because of the bankruptcy filing, his lawyer said.

The lawsuit stems from a 13-minute video that appeared online in 2009, featuring a wig-wearing 50 Cent as a narrator dubbed Pimpin’ Curly. He makes explicit remarks about the images and taunts rap rival Rick Ross, who isn’t in the video but had previously had a daughter with Leviston. At the time the video surfaced, Ross and 50 Cent were trading barbs via video, lyrics and interviews.

Jackson got the tape from the man in it, Leviston’s boyfriend at the time. The rapper said that he didn’t actually post the video but that Leviston’s then-boyfriend said she wouldn’t mind if he did.
AP