Pay at top start-ups is great

Pay at top start-ups is great 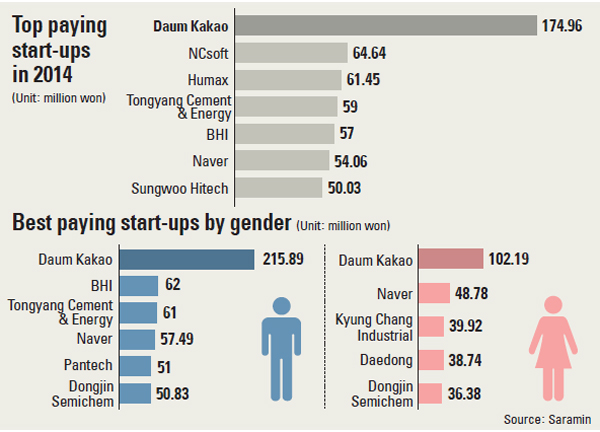 The average annual salary at the top 30 start-ups in Korea by revenue was 53.3 million won ($46,648) in 2014, according to an analysis of annual business reports by Saramin, an Internet portal specializing in recruiting.

Employees at Daum Kakao, the operator of the nation’s most popular mobile messenger KakaoTalk, and second-largest portal site Daum, were paid an average of 174.9 million won, making them the best paid corporate employees.

That was even higher than the average annual salaries for workers at Samsung Electronics and SK Telecom.

The world’s No. 1 smartphone producer and Korea’s top mobile service operator pulled in an annual average salary of 120 million won.