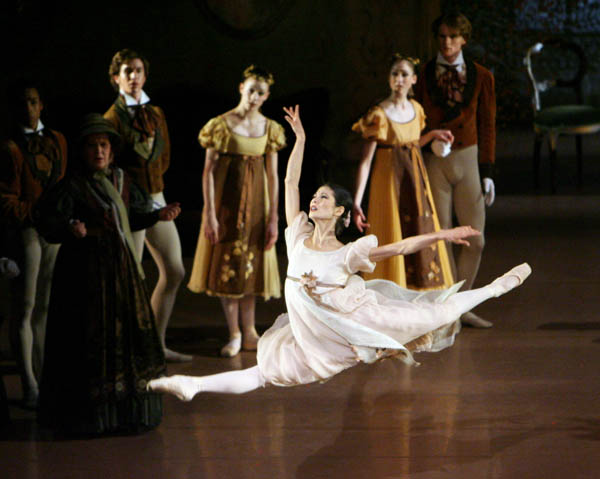 Kang Sue-jin will play Tatyana Larina in the ballet “Onegin” in November at the Seoul Arts Center as a principal dancer for the Stuttgart Ballet. Provided by Stuttgart Ballet

Nov. 7 and 8: Internationally renowned ballerina Kang Sue-jin, who is currently leading the Korean National Ballet, will be staging “Onegin” as a principal dancer of the Stuttgart Ballet Company. This is said to be her final full-length performance in Seoul as part of the prestigious ballet company, as she is expected to retire from the company next July. “Onegin,” which is considered the 20th century’s best drama ballet, deals with a tragic love story between the arrogant dandy Eugene Onegin and innocent Tatyana Larina. While Kang plays the role Tatyana, Jason Reilly, a principal dancer of the Stuttgart Ballet Company, will take the role of Onegin.

Until Sunday: After debuting in London’s West End in 1986, “Chess” has become a legendary musical that will be performed for the first time in Asia. With a score by ABBA’s Benny Andersson and Bjorn Ulvaeus and lyrics by Tim Rice, the musical boasts a cast of famous K-pop singers and musical stars such as Jo Kwon, Key and Shin Seong-woo.

This is the first time in 12 years the U.S. production will be staged in Korea. The show features such tunes as “All That Jazz” and “Cell Block Tango.”

Until Sept. 13: A Korean production of the rock musical by the legendary play-writing duo Andrew Lloyd Webber and Tim Rice, “Jesus Christ Superstar” is back after two years since it wrapped. Musical actor Michael Lee will reprise the role of Jesus Christ, alternating with Park Eun-tae. Three actors, Choi Jae-rim, Han Ji-sang and Yoon Hyeong-ryeol, will alternate in the role of Judas.

July 28 to Sept. 10: Korea’s first original musical, “The Last Empress,” which debuted in 1995, will be performed celebrating its 20th anniversary. The musical is about Empress Myungseong of Korea, based on a historical novel written by Yi Mun-yol. It has smashed Korean musical records, having played at the New York State Theater and the Lincoln Center, in 1997 and 1998, and also in London’s West End in 2002.