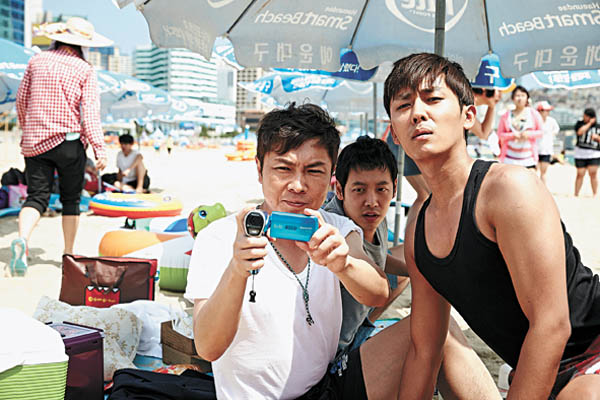 This film might be the Korean version of the American mega-hit series “The Hangover.”

It starts out by introducing three friends who are fed up with their lives.

Myung-Seok (Kim Dong-wook), who has long been attempting to pass the state bar exam, is tired of his girlfriend. It gets even worse when his girlfriend seems to expect a proposal from him.

The second guy’s name is Hae-Goo (Son Ho-jun), a salesman at a drug company who is tired of the doctors he works with.

Finally, Dal-soo (Lim Won-hee) is a call center phone counselor who cannot stand any more of the absurd requests from his clients.

However, while he may feel no interest in work, he possesses a great enthusiasm towards K-pop girl groups.

One summer night, these three hapless young souls decide to leave it all behind and spend a lustful summer night at Haeundae Beach in Busan, a popular venue in summer where all sorts of young people gather to cool down. However, unlike their expectations, after what seemed to be a wild night, they open their eyes the next morning and find themselves to be the most sought-after guys by the local police, gangsters and even girls.

This film is full of absurd humor and adventure, just what we can expect from director Kim Sang-jin, who was behind the reckless action comedy “Attack the Gas Station!” (1999). That film got him an invitation to the 19th Vancouver International Film Festival, earning him international fame.

In addition, his previous films such as “Jail Breakers” (2002) and “Kick the Moon” (2001) were also successful in attracting audiences in Korea with their comedy-filled scenes.

Considering such a precedent, it should go without saying that this new film will bring the laughter.

“Pixels” has an imaginative storyline, with aliens invading the Earth in the form of video game characters.

Pac-Man and Donkey Kong are just a few memorable characters.

In 1982, hoping to make contact with any aliens out there, NASA sends out video tapes into space with recorded gameplay footage of arcade games.

However, the aliens misinterpret the content as a declaration of war from human beings, which results in them sending pixilated characters to take down the Earth.

A trio of friends who had shared an ardent passion for arcade games in their childhood step up to save the Earth and finally do something grand.

Adam Sandler plays one of the guys who transforms from a nerd into a national hero.

Although many critics have undermined Sandler’s performances for being vulgar, his distinctive comedy will truly shine in this innovative adventure movie. 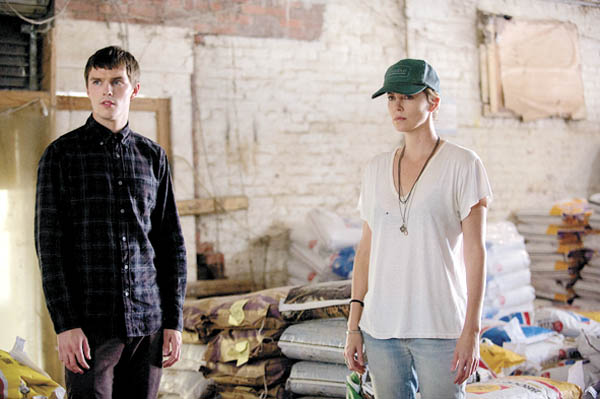 In the film “Dark Places,” actress Charlize Theron who had recently played the heroine in “Mad Max: Fury Road,” stars as the leading character, Libby Day, the only remaining witness of the murder scene that killed her mother and two sisters 25 years ago.

What she remembers clearly is that her brother Ben (Corey Stoll) was the murderer.

Since Ben was charged with the murder, Libby has been keeping a low profile, trying to get as far away as possible from the horrible memory.

However, one day, a detective named Lyle Wirth (Nicholas Hoult) approaches her and starts asking for details about the murder case.

Lyle offers money to her in exchange for revealing everything she can remember about the case right now.

But why is he digging up a closed case all of a sudden? Lyle suspects that maybe Ben, against all odds, wasn’t the murderer at the time, but that it was someone else.

This mystery thriller is based on best-selling novelist Gillian Flynn’s second novel of the same name.

Flynn has already received acclaim for penning the much-talked about novel “Gone Girl,” which was adapted into a box-office hit last year.

Written, directed and produced by Helen Hunt, this film, which she also stars in, centers on the relationship between a mother, her son and their diverging passion that comes somewhere in between.

Workaholic New Yorker Jackie (Helen Hunt) leaves for Los Angeles where her son Angelo (Brenton Thwaites) resides after hearing that he dropped out of school and is spending his idle days indulging in only surfing.

Angelo, a free-spirited boy, cannot understand his mother who tries to control everything happening in his life. Hence, the mother-son relationship becomes icy as days goes by.

Amid this stressful situation with his mother in LA, Angelo dares his mother to surf in the sea.

Jackie, willing to win her son’s heart, goes out into the sea, not knowing a thing about how to surf.

But even a passionate woman like Jackie cannot grasp how to surf overnight. So she tries and tries, coming to a gradual understanding with her son as well.

This movie may be considered somewhat simple and mild for those who are used to exciting and suspense-filled blockbusters. However, it is recommended for those who want vicarious satisfaction or a feeling of refreshment in the sizzling summer. 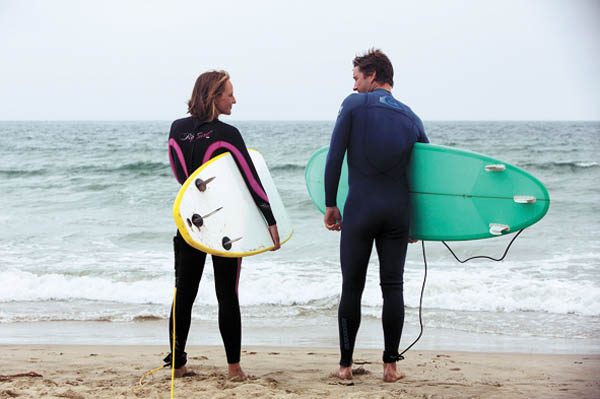 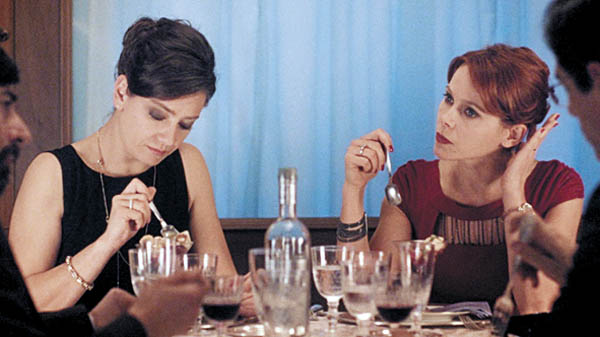 There are two siblings played by local stars Alessandro Gassmann and Luigi Lo Cascio who regularly meet once a month for dinner, accompanied by their wives.

Although these two men have been raised by the same parents, their beliefs and ways of thinking totally diverge from each other, causing them to lead completely different lives.

While the older brother who sees the world from a more realistic sight seeks material interests, the younger brother pursues an idealistic life.

One day, their peaceful dinner is interrupted by a sudden tragedy: The children of the two siblings beat and kill a homeless person.

To make matters worse, their crude crimes are captured on CCTV and broadcast. As a result, the two brothers consistently disagree in terms of the best way to deal with what their children have done.

Internationally, “The Dinner” is being praised for containing sharp insights about human instincts, not to mention the moving way in which the Italian actors portray them.

The themes depicted in the film range from parents’ unconditional love to how hypocritical they can be at the same time.