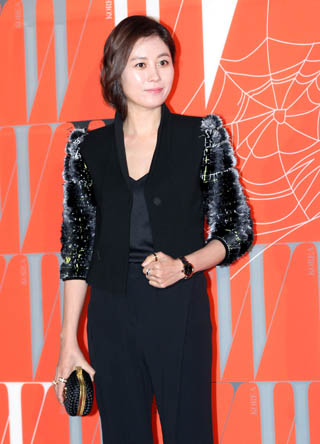 Actress Moon So-ri has been selected as one of the judges for the 68th Locarno International Film Festival, a first for a Korean actress, according to Moon’s talent agency, C-JeS Entertainment, on Thursday.

“Moon will take part in the festival in Switzerland from Aug. 5,” the agency said. “It is very meaningful in that the actress is the first Korean actor to attend the event as a judge after directors Hong Sang-soo in 2009 and Im Sang-soo in 2012.”

Moon also expressed her feelings by commenting, “I’m very honored to work as the judge for such a big film festival. It will be a great opportunity for me to learn more about films by meeting international movie people and discussing movies with them.”

The event, which will run from Aug. 5 to 15, is one of the most renowned international film festivals, joining leagues with the Cannes Film Festival and Venice Film Festival.

As for the reason behind selecting Moon, Carlo Chatrian, the artistic director for the upcoming event, explained, “I want to show my respect and gratitude to Moon, who has been making brave choices [in selecting her projects].” He also added, “Moon is the jewel of the Korean movie industry, and her filmography greatly matches the vision that our film festival pursues.”