LG U+ peeks into a future with 5G

LG U+ peeks into a future with 5G 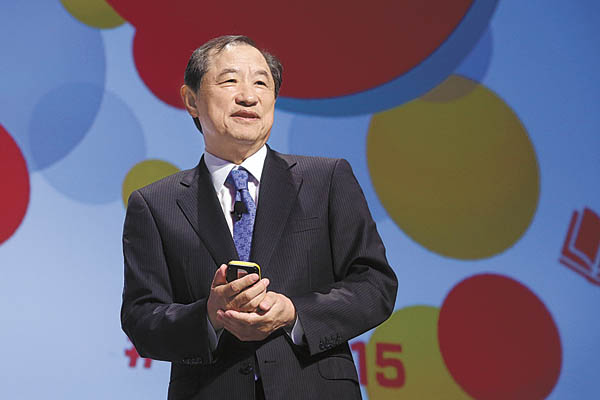 LG U+ Vice Chairman Lee Sang-chul speaks at the MWC Shanghai. Provided by the company

Fifth-generation (5G) mobile networks are a distant prospect for countries that have not even seen the introduction of fourth-generation service.

But vice chairman of LG U+, Korea’s smallest mobile operator, ambitiously claimed Thursday that the next generation of connectivity, if adopted, would improve the quality of life for ordinary people to a level enjoyed by the wealthiest demographic today.

“Countless services, such as personal secretaries, chauffeurs and personal doctors, that only billionaires can afford now will be available to ordinary 5G subscribers in the future, thus making their lives more rich and productive,” Vice Chairman Lee Sang-chul said in a keynote speech at the Mobile World Congress Shanghai, which kicked off on Wednesday.

Lee added that the perks currently enjoyed by “wealthy millionaires” will be given to a “billion users” with the introduction of 5G networks.

His keynote speech, titled “New Era of ICT: Me-Centric World,” was delivered during a session called “The Road to 5G.”

5G, the next evolution in wireless networking, is a hot topic for the global telecom industry. The technology, expected to be introduced as early as 2020, is about 66 times faster than 4G, which launched in 2009.

Lee predicted that the amount of data managed with the adoption of 5G technology will increase 1,000 times compared to now, since users will consume high-capacity data such as high-definition video, music, text and photographs.

And the number of devices using 5G will increase over 10 times, as users will need not only smartphones but also wearable gadgets and Internet of Things-related products.

For telecom operators, a smooth entrance into the 5G era will require massive connectivity and processing complexity, the vice chairman noted.