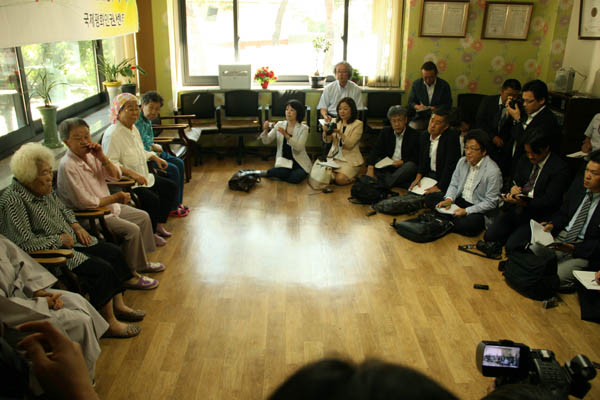 A group of 17 Japanese journalists on Thursday visit the House of Sharing, a shelter for the women forced into sexual slavery by the Japanese military during World War II, in Gwangju, Gyeonggi, a month ahead of the anniversary to mark the end of the war. The journalists met with the residents, euphemistically referred to as “comfort women,” and said they came to the house to try to bolster a sense of harmony between Japan and Korea. “The 70th anniversary of the end of World War II, or liberation from colonial rule - the historical perception by Japan and Korea will be different,” they stated. “We came here to try to find a way toward historical reconciliation.” [NEWSIS]