2AM singer cast in web drama

2AM singer cast in web drama 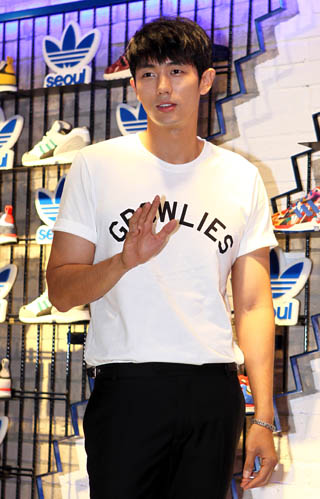 Singer-actor Lim Seul-ong from the boy group 2AM has been cast in the upcoming web drama “Love Cells 2,” several media outlets reported on Saturday.

According to the 28-year-old’s talent agency, SidusHQ, the web drama, which is being continued thanks to the popularity of its first season, revolves around a character who lost all memories about the person the character loved. However, the story gets more interesting as the character gradually finds pieces of information that help reconstruct old memories.

In the new sequel, Lim will portray a handsome star chef named Park Tae-jun. Even though Park is featured as a perfect character with good looks and a respected job, he is not willing to get involved in a romantic relationship with any women because of his solid belief that love is unnecessary.

In short, Park is a character that gives up his love life for the sake of his success, something that many young people can relate to these days.

Even though Lim did not take part in the first season of “Love Cells,” he is expected to show great acting ability in the upcoming project thanks to his experience as an actor in several drama series, such as “Hogu’s Love” (2015), “Hotel King” (2014) and “The Fugitive of Joseon” (2013).