Big changes on horizon for duty free in Seoul

Big changes on horizon for duty free in Seoul 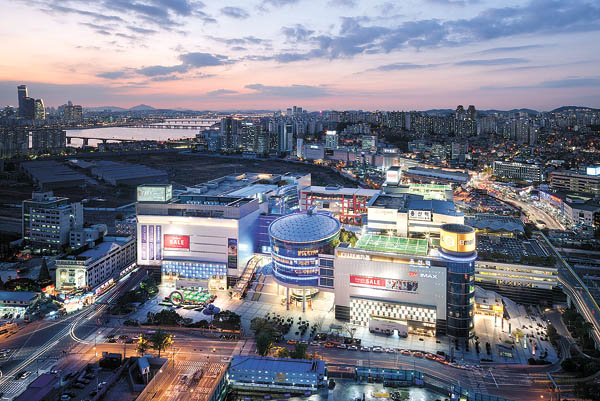 The projected image of the new DHC Shilla Duty Free shop. Provided by the company

The duty-free industry is undergoing a major transformation as a trio of operators received five-year licenses to open duty-free shops in Seoul, where Lotte Duty Free dominates the business.

And while the winners - a joint venture between Hotel Shilla and Hyundai Development, Hanwha Galleria and the smaller SM Duty Free - prepare to open their stores, companies who failed to win licenses are planning new applications for the future.

The three new operators are required to open their duty-free shops within six months of last week’s license approval from the customs office.

That tight deadline is particularly difficult for HDC Shilla, the joint venture, since the new store will need input from both partners.

That duty-free shop will be in Hyundai’s I’Park Mall in Yongsan District. Shilla Hotel will draw on its experience running duty-free shops and attracting local and imported brands. Hyundai Development will be responsible for managing the remodeling of the space and development of the interiors.

He detailed a schedule for the opening.

“We will form a team [for the duty-free shop] in August and construction will finish in December,” he said, “After a trial operation, we will formally open the shop in January.”

The venture wants to turn a largely commercial and retail area into an attractive tourist destination.

Better known as the site of a U.S. Army base, Yongsan District is less popular among foreign travelers compared to Myeong-dong, central Seoul, Gangnam District and the Hongik University neighborhood, western Seoul.

The venture decided to go for scale by offering more than 400 brands, the highest among local duty-free shops.

The design of the new establishment will also reflect Chinese consumers’ preferences.

The main hall will be divided into a K-Cos Zone (Korean cosmetics), K-Bag Street (Korean-made bags), and other sections for provincial agricultural produce and specialty products. Also included is a section called Korean Food Masters’ hall, which will sell liquors and vinegars by the country’s top culinary firms.

But concentrating on Seoul, Lotte’s dominance is more obvious. In the capital, Lotte had a 60.5 percent market share against Shilla’s 26.5 percent.

Besides large players like Lotte and Shilla, retail groups are eyeing the duty-free market as sales at department stores contract due to a weak domestic economy.

While sales growth at major department stores - Lotte, Hyundai and Shinsegae - are stuck in single digits, duty-free shops enjoy an average of 15 percent growth, according to Daishin Securities.

Hanwha is also busy setting up a duty-free shop in the 63 Building in Yeouido, a high-rise landmark owned by Hanwha Group.

The shop will take up four floors of the 63-story building.

Hanwha Galleria plans to tap into the popularity of other parts of its neighborhood, such as the Han River, to rope in tourists.

“We plan to ask tour agencies to include the new duty-free mall in tour packages,” said Shin Tel-lhim, a manager at Hanwha Galleria, “and we could also make our own promotional package that takes tourists to those areas and then to the duty-free mall.”

The retailer has signed a partnership with KBS AVE, a part of the KBS broadcasting network, to operate a hall that offers entertainment content to shoppers.

Hwang Yong-deuk, CEO of Hanwha, stressed that the showbiz offerings will be a main draw for the new duty-free shop

“Hanwha Galleria will combine untapped tourism infrastructure in Yeouido with cultural and entertainment content to develop a new type of duty-free shop,” the CEO said in a statement.

The company said that it will start construction in August and plans to finish in January.