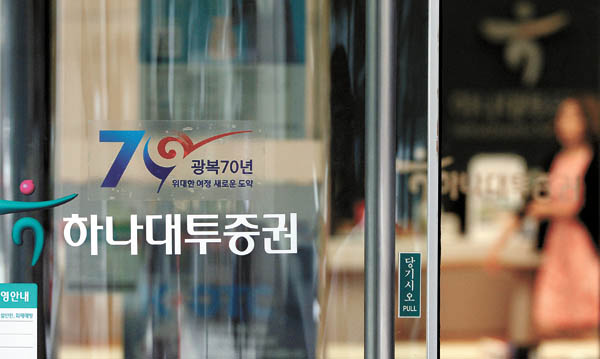 The entrance to Hana Daetoo Securities’ headquarters in Yeouido, Seoul, Tuesday. The brokerage firm was heavily criticized by retail investors when its home trading system was put on hold after it suffered a major computer glitch before the market opened. It was only operational more than four hours after the market opened. [NEWSIS]