A toast to independence

A toast to independence 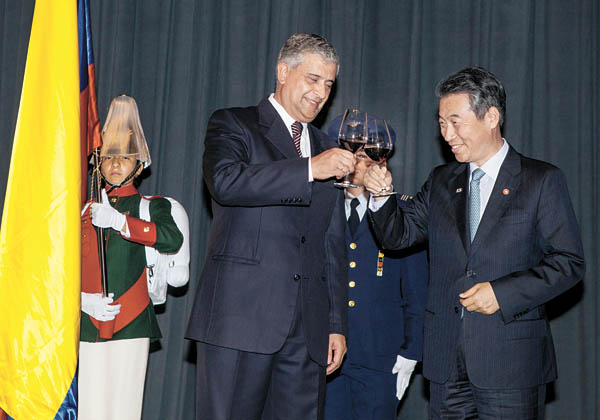 Colombian Ambassador to Korea Tito Saul Pinilla, left, shares a toast with Chong Jong-sup, the Minister of Government Administration and Home Affairs, at a reception Tuesday at the Grand Hyatt Seoul in Yongsan District, central Seoul, on the 205th Independence Day Anniversary of Colombia. By Park Sang-moon