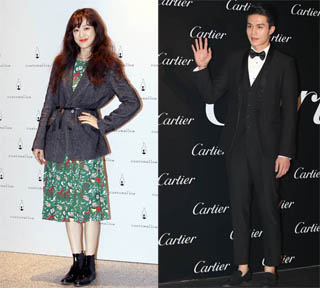 According to a person close to the drama department on Wednesday, “The two celebrities are scheduled to star in the drama, which will air in December or January at the latest.”

The upcoming TV drama revolves around four lead characters, with the backdrop set at a hospital and a broadcasting station.

“Bubble Gum” conveys a message that people with imperfections will find happiness by being together with others who can embrace their faults.

Lee will take on the role of a character named Park Ri-hwan, who is the director of an oriental medicine hospital. In the story, he greatly takes care of his mother and another character named Kim Haeng-a, who will be played by Jung. She is depicted as a radio producer with an impatient and careless personality.

The upcoming project will be the second drama series that the two celebrities have worked on together. In 2003, Lee and Jung appeared in SBS’s sitcom drama “Honest Living.” In the previous program, Jung was portrayed to be in love with Lee, but the male actor stepped down from the project after appearing in around 10 episodes.