After 4 years, Ai Weiwei gets Chinese passport back

After 4 years, Ai Weiwei gets Chinese passport back 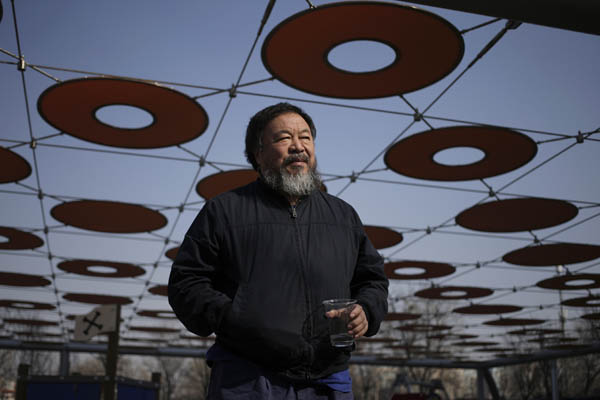 Chinese dissident artist Ai Weiwei has his passport back four years after it was confiscated by authorities. [AP/NEWSIS]

BEIJING - Ai Weiwei has gotten back his passport four years after it was confiscated by Chinese authorities and is expected to attend a London exhibition this fall.

The artist and government critic posted an Instagram photo Wednesday of himself holding a Chinese passport with the caption, “Today, I got my passport.”

Ai’s representative confirmed the passport had been returned, but didn’t respond to further questions. Ai’s supporters shared the artist’s post and cheered the news.

Ai was detained by authorities for about three months in 2011 but not charged. His design firm later was slapped with a $2.4 million tax bill, which he fought unsuccessfully in Chinese courts. The persecution is widely seen as punishment for Ai’s outspokenness against the ruling Communist Party and its government. He has long irked Beijing by using his art and online profile to draw attention to injustices in China.

When he was released, he was placed under a travel ban. It was partially lifted in 2012, which allowed Ai to travel domestically, but authorities kept Ai’s passport on the grounds that he remained under investigation on suspicion of pornography and illegal exchange of foreign currency. Ai dismissed both charges, and he has not been indicted on either charge.

Ai’s work has gotten much attention worldwide, making him one of the best-known Chinese dissidents. His work was exhibited often outside China in the past four years, although he could not attend.

Upset over his passport confiscation, Ai placed a bouquet of fresh flowers in a bike basket outside his Beijing studio and uploading a photo of the flowers to his Twitter account on Nov. 30, 2013.

He declared the daily ritual would last until his right to travel was restored. On Wednesday, he noted it was the 600th day of his floral protest when the passport was returned.

Britain’s Royal Academy of Arts said Ai would travel to London for a major exhibition of his work in September.

“This is wonderful news for Ai Weiwei, his family and for artists worldwide,” said Royal Academy director Tim Marlow. “We are delighted to announce that he will be joining us as we finalize the installation of his exhibition.”

Ai’s work is very popular in Britain. In 2010, he filled a vast hall at the Tate Modern gallery with 100 million ceramic sunflower seeds. Visitors were initially invited to walk or lie on them, but after a few days the ceramic dust was judged a health hazard and the exhibit was cordoned off. It still attracted large crowds.

Ai also told The New York Times that he was planning a trip to Germany, where he has a studio and where his son has been staying for the past year.

Before his detention, Ai had spoken out about a number of national scandals, including the deaths of students in shoddily built schools that collapsed during a massive earthquake in 2008.

The government has blacklisted him from any mention in state media, and he is not allowed to post anything on China’s social media.

He was also barred from holding exhibits in China, but as a sign that the restrictions might be easing, Ai was allowed to hold his first solo exhibit in Beijing last month. He has held two more exhibits since then, also in China’s capital city. AP