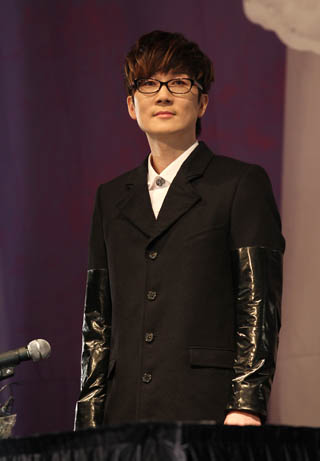 Singer Seo Taiji’s new album, “Quiet Night,” will officially become available on Aug. 7. The live album contains tracks performed by the musician at his last concert, which are mostly from his last record.

Seo’s upcoming album will include two CDs with 29 songs. The album includes many of Seo’s most popular hits from his highly acclaimed career.

A few of the songs that have been included in the list are “Certain Victory,” “My Everything” and “Christmalo.win.”

Seo is reported to have personally mixed the songs on the record in his own studio.

His old fans will be able to enjoy a new version of “My Everything,” one of the most well-known songs by the former band Seo Taiji and Boys. The popular song will be released in advance through various online websites on Friday.

In addition, his song “Sogyeokdong” from his last album, which created a stir on the Internet for featuring female soloist IU, will also be released in advance on July 31.

The new record has already become available for reservation on Thursday through various online websites, such as Interpark, Yes24 and Hot Tracks.