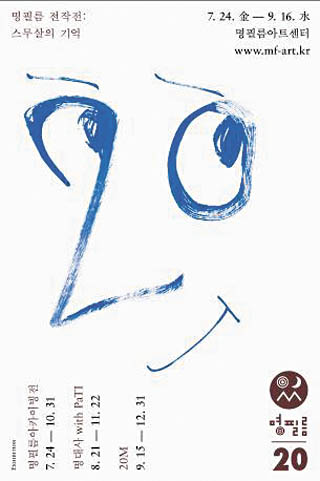 Founded in 1995 under the leadership of female producer Shim Jae-myung, the company is responsible for a number of films that have left a mark on Korea’s cinematic history, namely “The Contact” (1997), “Joint Security Area/JSA” (2000) and “Forever the Moment” (2008).

Its more recent projects include the socially conscious films “Cart,” directed by Boo Ji-young, and “Revivre,” a poignant depiction of human desire, directed by Im Kwon-taek.

The special retrospective exhibition will be showcased at the Myung Film Arts Center, the production house’s newly established cinema complex in Paju, Gyeonggi.

Divided into eight categories based on the cinematic themes of love, life, women and music, the retrospective encompasses 36 Myung Film movies.

On the sidelines, visitors will also have the opportunity to view the exhibitions, laid out across the six-story venue.

Prints of the company’s screenplays and the costumes and props used during the filming process are just some of the objects on display.

For fans with a deeper interest in the movies by Myung Film, it is recommended to check out the schedule of guest discussion sessions, in which actors Song Kang-ho, Lee Je-hoon and Moon So-ri, among others, will participate. All have featured in projects by the production company.

The 20th anniversary retrospective kicks off today and will run through Sept. 16.

For more information about the event, visit www.nf-art.kr.