Ex-first lady to go to Pyongyang on South’s airliner

Ex-first lady to go to Pyongyang on South’s airliner 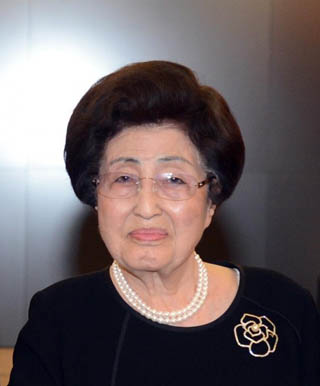 Lee Hee-ho, widow of former President Kim Dae-jung, will use a South Korean airliner to travel to Pyongyang from Aug. 5 to 8.

“We are planning the visit with a chartered airplane from a South Korean airline,” said Kim Seong-jae, a former Culture Minister and board member of Lee’s nonprofit organization, the Kim Dae-jung Peace Center.

The government is also considering supporting Lee’s trip with funds from its inter-Korean Cooperation Fund.

“We haven’t been officially informed of any governmental support,” Kim said, “but we are still going to pay for a chartered plane even without the government’s help.”

The airline the 92-year-old former first lady will use has not been determined yet. North Korea offered an Air Koryo plane, but the center turned down the offer.

Lee’s visit sparked speculation that it would thaw frozen inter-Korean relations. It is her first visit to Pyongyang since 2011 when she expressed condolences over the death of Kim Jong-il.

At first, Lee was supposed to visit the North by car, but both sides agreed a flight to Pyongyang was more comfortable for the 92-year-old. The dates for the four-day trip were fixed earlier this month.

The center said that it is finalizing the itinerary with the North’s Korean Asia-Pacific Peace Committee. Who the former first lady will meet has not been decided.

A detailed itinerary will be disclosed probably next week, Kim said.

“We haven’t received any message for First Secretary of the Workers’ Party Kim Jong-un from our government,” board member Kim said. “We are not in a position to request those messages and it is the government that decides whether to send a message based on the people’s sentiments on the inter-Korean relationship.”

Kim added, “The North didn’t give any conditions for the visit this time.”

Reporters are not likely to accompany Lee due to opposition by North Korea.