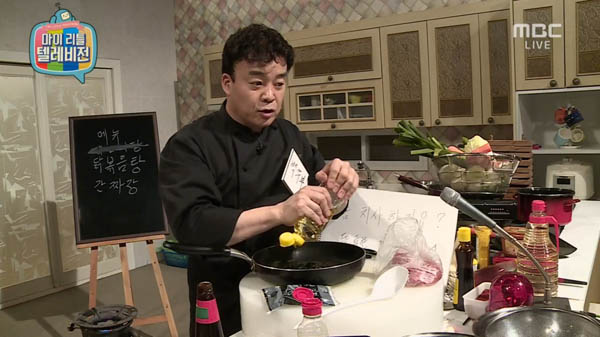 Popular restaurateur Baek Jong-won has decided not to take part in the MBC reality program “My Little Television” for the time being.

“In accordance to Baek’s wishes, we have made the final decision that he will not attend this week’s episode of the program,” one of the show’s producers said on Sunday.

“However, Baek’s absence will only be temporary,” the source added, implying that he could likely return to the show.

Baek, who has earned a huge following through the program thanks to his simple recipes and friendly image, recently saw himself entangled in controversy after his father, Baek Seung-won, was accused of sexually assaulting a young golf caddy.

The former South Chungcheong superintendent has strongly denied the accusations.

Shooting for the episode of “My Little Television” in which Baek did not participate was scheduled to take place on Sunday.