Yesung to star in new drama

Yesung to star in new drama 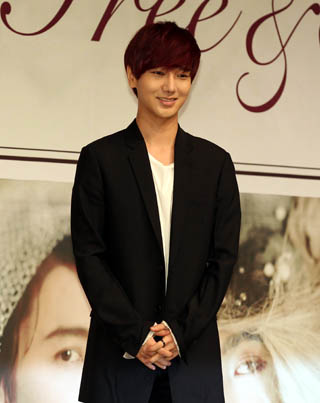 Yesung, a member of the all-male act Super Junior, is scheduled to appear on the small screen 10 years since his debut in 2005, according to the Korean media outlet Starnews.

According to the report, several people close to the singer confirmed on Sunday that he is set to participate in JTBC’s new webtoon-based drama “Awl” (working title).

The drama series, which will premiere later this year, revolves around temporary employees at a local store.

The story unfolds when its employees confront a difficult situation and follows their attempts to cooperate on solving the problem together. In the upcoming drama, Yesung will work alongside actor Ji Hyun-woo and actress Kim Ga-eun, among others.

The singer is featured on Super Junior’s latest album, “Devil,” which was released July 16, following the completion of his mandatory military service from May 2013 to May 2015.