Kotra ups its game to help SMEs export their goods

Kotra ups its game to help SMEs export their goods 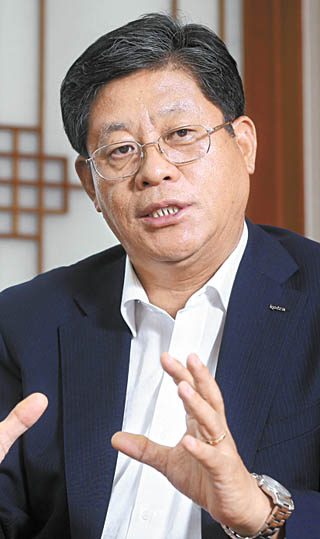 Under an aggressive management drive led by Kim Jae-hong, who was appointed president of the public company in January, Kotra is getting ready to help smaller enterprises discover ways to export and boost their competitiveness.

“We will listen to the opinions of export-centered companies and check what kind of services they want from us,” he said earlier.

Kotra will upgrade its teams devoted to helping smaller companies, which were previously focused on the domestic market.

A new center designed to provide online and offline counseling with export-centered companies will be established, and marketing teams for each export sector will be able to obtain additional support from Kotra.

The “new business office” to be launched as part of the restructuring plan will take full responsibility for service industries and the medical sector, relatively new areas to which Korea has started paying attention.

A “global partnering office” will help smaller companies make forays into overseas markets. Another new office for electronic transactions in the retail sector will be in charge of supporting Korean retailers trying to enter foreign markets through e-commerce.

Kotra will also launch new local branches in Eastern European countries such as Serbia and Slovakia by the end of this year, a measure that follows additional workforce dispatched to the Middle East and Central Asia in the first half of this year.

The public company has also promoted three female team leaders, making a total of six women team leaders. About 40 percent of new hires made by Kotra every year are women.