‘Assassination’ is biggest Korean film of the year

‘Assassination’ is biggest Korean film of the year 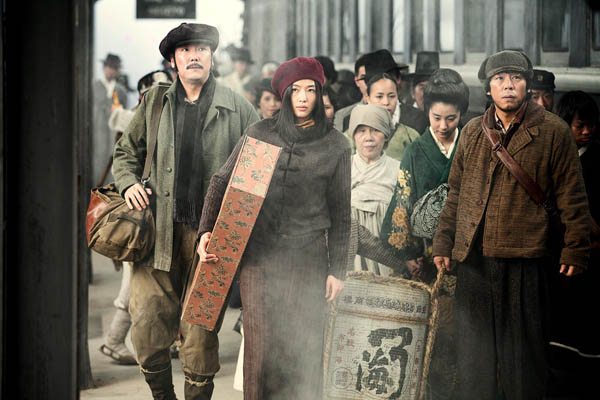 The period drama “Assassination” took in a whopping 19.6 billion won ($16.8 million) and played on 1,519 screens nationwide, making the biggest debut this year for a domestic movie.

According to the state-run Korean Film Council on Monday, the historical action flick directed by Choi Dong-hoon sold 2.4 million tickets over the weekend, bringing its five-day total to nearly 3.4 million.

The record-breaking box office owes a lot to the film’s star-studded cast including Jun Ji-hyun (Gianna Jun), Lee Jung-jae, Ha Jung-woo and Cho Jin-woong, making it one of the most anticipated films to open this year. The fact that it was helmed by star director Choi, who masterminded blockbusters like “The Thieves” (2012) and “Tazza: The High Rollers” (2006), only added to the expectations.

Choi’s latest project shines light on Korea’s modern history. It is set in the 1930’s, when the peninsula was still under the harsh colonial rule of the Japanese. It follows a secret assassination scheme set up by Yeom Seok-jin (Lee), a trusted leader in Korea’s provisional government, who lures in three independence fighters - An Ok-yun (Jun), Soksapo (Cho) and Hwang Deok-sam (Choi Deok-mun) - to carry out the plan in Gyeongseong.

Meanwhile, stepping down a notch from last week, Pixar’s animated film “Inside Out” was seen by nearly 700,000 moviegoers over the weekend, taking the No. 2 slot and making its three-week total 3.2 million tickets sold.

In the third spot was “Yokai Watch: Tanjo No Himitsuda Nyan,” which is an adaptation of the popular Japanese animation series of the same name.

Apparently a must-watch for school kids, who recently started their summer vacations, the animation distributed by CJ E&M took in 1.5 billion won and played on 510 screens nationwide.