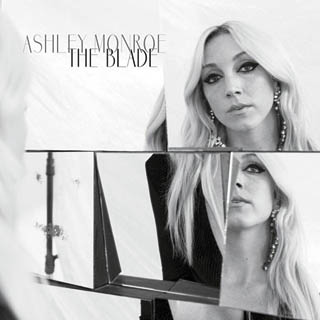 Ashley Monroe, a member of the Pistol Annies with Miranda Lambert and Angaleena Presley, continues to prove herself as a top young country artist with her third album, “The Blade.”

Good, traditional country ballads are rare these days, but “The Blade” features several, including the poignant title cut and the mournful breakup diatribe, “If the Devil Don’t Want Me.”

Monroe balances the pain with plenty of playful romps. “Winning Streak” mischievously suggests that when it comes to losing, the song’s subject is on a roll. Similarly, “I Buried Your Love Alive” rocks to a wicked, bluesy vamp.

Monroe is an artfully subtle singer. The tone of her voice is reminiscent of a fellow East Tennessee native, Dolly Parton, and Monroe uses it with restrained beauty, and she knows just when to turn up the heat or heartbreak. She works again with co-producers Vince Gill and Justin Niebank, who match her emotional understatement with some exquisite steel guitar and hot electric guitar work. Monroe’s 2013 album topped several critics’ lists. Watch for “The Blade” to appear near the top of the same lists in 2015. AP