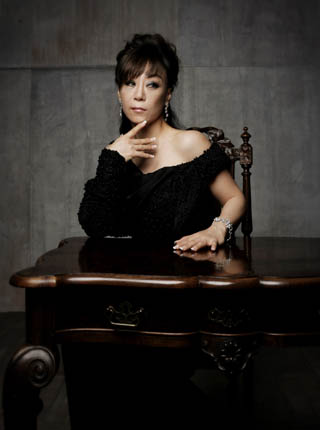 Sept. 11: Soprano Jo Su-Mi will hold her solo concert “Memory of Nostalgic Days.” The concert will feature songs from Jo’s first pop album “Gu.Ri.Da,” including classics like “Bygone Love,” “In the Flower Garden” and “Love, About Its Lonesomeness.” Jo is famous not only for her skills as an opera singer but also for performing the theme songs of famous Korean series like “If I Go.” Guest performers include singer So Hyang, harmonicist Jeon Jae-Deok and tenor Yoon Young-Seok.

Friday: Okdal, the Korean female musical duo of Kim Yoon-ju and Park Se-jin, is in the midst of a month-long nationwide concert tour, which includes stops in Ilsan, Gyeonggi, and Jeju. Their song “Oksangdalbit” was played in the 2010 hit MBC drama “Pasta,” and they have been praised for their cheerful acoustic songs.

Aug. 29: Pianist Yoon Han will hold his solo concert “Last Summer Party,” which is also titled “The Artiste.” Yoon is famous not only for his outstanding piano playing but also for his skills as a musical actor, music director and entertainer who appeared in MBC’s “We Got Married (Season 4)” and E Channel’s “Love Pawnshop.” His recent concerts have been selling out. The pianist’s first outdoor solo concert, will start with him on piano and add various other instruments as the performance goes on. Yoon will play not only classics but also jazz and many different film scores.

Sept. 30: The world-famous British rock band Muse is holding its third solo concert in Seoul as the part of their world tour. Formed in Devon, England, the band has found considerable success over a 21-year career for its unique musical style and energetic performances. The band recently released its seventh studio album, “Drone,” with songs including “Dark Inside,” “Psycho” and “Mercy.”