For North Korea, getting what it wants isn’t easy

For North Korea, getting what it wants isn’t easy 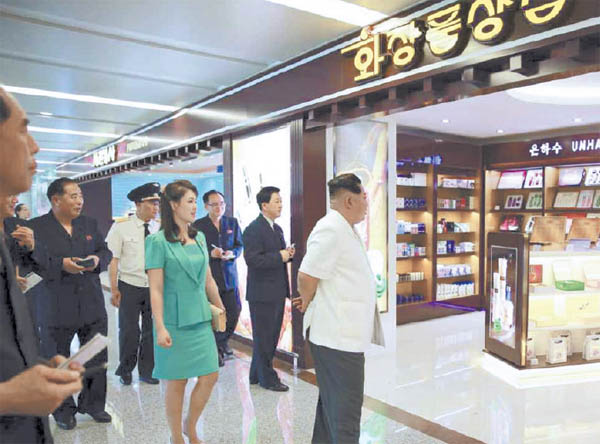 The order was meant to please Kim and his wife, Ri Sol-ju, who are known to have a taste for high-end international goods.

North Korean officials tried everything to get their hands on alcohol, cigarettes, perfumes, electronics and other luxury products from overseas, looking into wholesale markets in different countries, but at every turn they were thwarted in their attempts.

Foreign companies believe North Korea cannot be trusted and refuse to open letters of credit, shutting down the possibility of direct trade.

The officials did not consider bringing in high-end products through China, as they did in the past, because they were certain those items were nothing but cheap knockoffs.

However, getting companies and individuals already close to North Korea to buy duty-free goods for them proved equally difficult.

“No matter how much the North Korean officials insisted that they could provide all the money I needed [to import duty-free goods], I wasn’t able to help them,” said a South Korean resident in the United States.

In the end, when Kim visited the new airport in Pyongyang, its duty-free shops were filled with domestic goods, rather than luxury items from overseas.

But getting what it wants is still proving difficult for North Korea, and the country’s officials are now faced with the issue of finding construction materials and products for apartment development.

New apartments in major North Korean cities like Pyongyang and Wonsan constructed for high-ranking North Koreans remain uninhabited, and lack residential features like bathtubs, sinks and doorknobs. Those in power prefer such items to come from South Korea rather than China, but getting them from here is no longer an option.

Prior to the current sanctions in place against North Korea, which suspend all inter-Korean economic exchanges apart from humanitarian aid, South Korea sold construction materials to the North.

Now, just when construction business in South Korea has been down and companies are having difficulty making ends meet, imports have been completely cut off.

During his visit to the National Assembly on June 11, Zhang Deijang, the chairman of the Standing Committee of the National People’s Congress of China, suggested that South Korea give North Korea what it wants.

Zhang is a major political figure who studied economics at North Korea’s Kim Il Sung Military University and is familiar with the reclusive state.

“At a time when inter-Korea relations are strained, if South Korea provides North Korea with what it wants, and South Korea in turn gets what it wants, then this could be a crucial step in reaching peaceful cooperation in Northeast Asia,” she said.