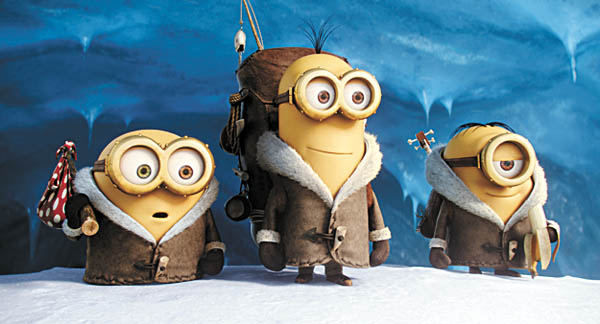 The minions are back, but this time it’s a fight for their survival.

For millennia, these small yellow creatures who have existed simply to serve - and usually the most horrid of masters, including a Tyrannosaurus rex.

But after serving some of the most influential villains throughout history, they eventually find themselves without a master. That is, until one courageous minion named Kevin hatches a plan and convinces fellow minions Stuart and Bob to join him.

At the end of their journey, they arrive in Orlando, where they come across Scarlet Overkill (Sandra Bullock), the world’s first super-villainess, as chosen by the World Villain Convention.

As Scarlet orders, Kevin and his friends attempt to steal St. Edward’s Crown from Britain’s Queen Elizabeth II, but soon find themselves in grave danger.

The film also boasts a hit soundtrack, including music from The Beatles and The Rolling Stones.

The American actor again takes the lead as the daring intelligence agent, a member of the Impossible Mission Force (IMF).

The story begins with Central Intelligence Agency (CIA) Chief Alan Hunley (Alec Baldwin) planning to disband the IMF for an attack on the Russian Kremlin a year before. Making matters worse is that a multinational terrorist organization, known as the Syndicate, is concurrently plotting the annihilation of the covert American spy operation.

Hunt is kidnapped by the Syndicate, but succeeds in escaping with the help of a mysterious woman named Ilsa Faust (Rebecca Ferguson), after which he gathers together former members of IMF - tech expert Benji Dunn (Simon Pegg), hacking expert Luther Stickell (Ving Rhames) and strategy analyst William Brandt (Jeremy Renner) - to start planning their next move.

In a departure from other installments in the Mission: Impossible series, the new film uses various international cities, including Venice, as the backdrop. But as always, Cruise shows off his death-defying stunts, which include an action-packed car chase. 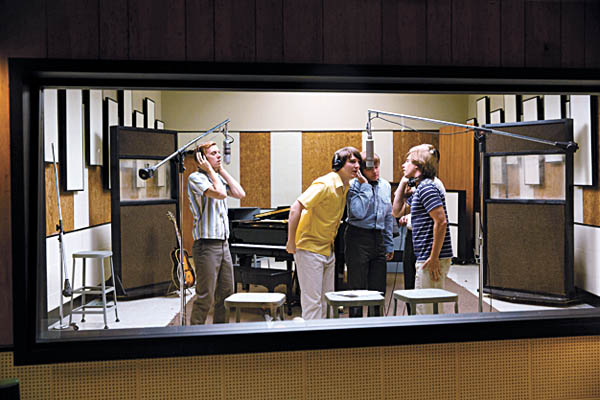 The biopic “Love & Mercy” centers around the life and career of musician Brian Wilson, a leading member of the Beach Boys, the American rock band who evoked California’s youth and surf culture in their lyrics.

The movie starts out in the 1960s, with the young Wilson (Paul Duno) on a career high, thanks to the extraordinary success of the Beach Boys music.

However, after the release of “Pet Sounds,” whose sound is a sharp departure from the band’s previously bright work, he finds himself falling into an overwhelming depression.

Flash forward 20 years to the 1980s, where a still confused middle-aged Wilson (John Cusack) is shown to be under 24-hour watch by his therapist Eugene Landy (Paul Giamatti). But things soon start to change once the former rocker meets the beautiful Melinda Ledbetter (Elizabeth Banks), who inspires him to reconnect with his former self and slowly piece his life back together.

Notable is that Director Bill Pohlad sporadically highlights the process by which the band produced its music.

“The Yellow Handkerchief” is an inspiring film about hitting the road and the search for answers. 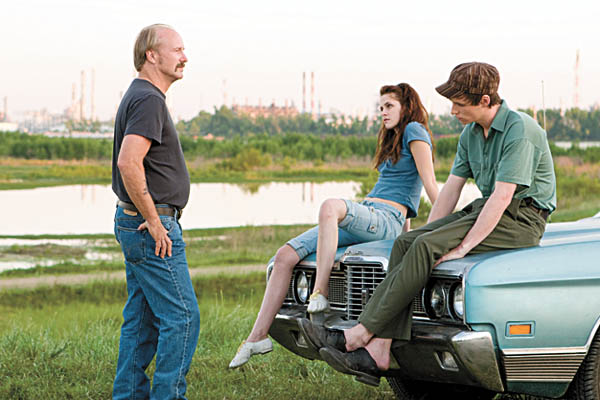 Feeling alone and isolated, teenagers Gordy (Eddie Redmayne) and Martine (Kristin Stewart) embark on a road trip following a fateful encounter at a Southern diner. Along the way, they meet a humble man, Brett Hanson (William Hurt), just released from prison. Trying to reconcile his demons, the former convict joins them in a bid to find his ex-wife and makes amends. Throughout the journey, the three strangers proceed to learn more about themselves, each other and the world.

Director Udayan Prasad uses the color yellow as a motif throughout the film as a symbol of hope, self-growth and angst.

“Pixels” presents audiences with an imaginative storyline in which aliens invade the Earth in the form of video game characters - Pac-Man and Donkey Kong, to name a few.

The film is set in 1982, when, hoping to make contact with any possible extraterrestrial life, NASA sends a video tape into space with recorded footage of arcade games.

But the aliens who eventually come across it misinterpret the content as a declaration of war, which prompts them to send pixilated characters to Earth to conquer mankind.

In an effort to save the plant, a trio of friends who had shared a passion for videogames in their youth step up to save humanity as a last-ditch effort to do something worthwhile.

Although many critics have panned Adam Sandler’s performance as protagonist Sam Brenner as being vulgar and childish, his distinctive comedic shtick manages to shine in this innovative adventure movie. 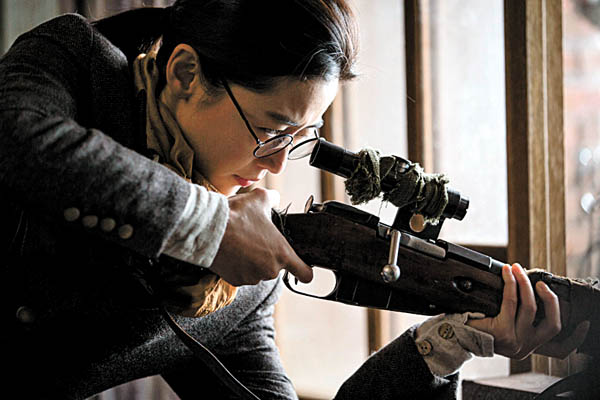 The film revolves around a secret assassination plot helmed by the trusted leader of the provisional government, Yeom Seok-jin (Lee Jung-jae), who recruits three independence fighters to carry out the plan in Gyeongseong, as Seoul was formerly known.

An Ok-yun (Jun Ji-hyun), a cold-blooded sniper, leads the team with her quick thinking and precise shooting.

The actress, who is perhaps more well known for her turn as the snobby superstar in the megahit SBS drama “My Love From The Star,” takes a toned-down approach in this role as a determined independence fighter.

While the plan appears to be running smoothly, things become complicated when a hired assassin, Hawaii Pistol (Ha Jung-woo), attempts to wipe out the trio with the help of his loyal supporter (Oh Dal-su).

Although a number of scenes depict Oh’s character as a heroic sidekick, his primary purpose is to serve as the film’s comic foil - Choi’s attempt to keep such a heavy plot light and entertaining.