Birkin asks Hermes to take her name off croc handbag

Birkin asks Hermes to take her name off croc handbag 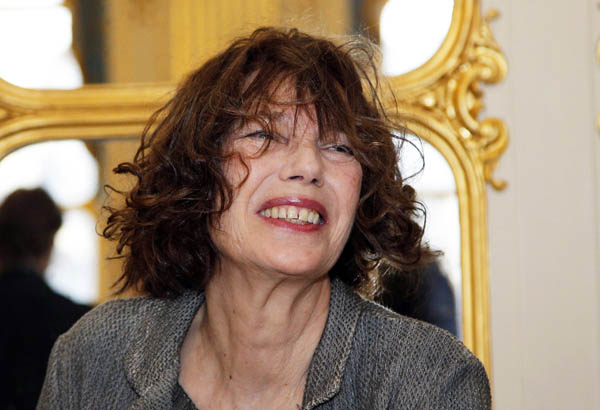 In this April 10, 2013, file photo, actress and singer Jane Birkin attends a ceremony as her daughter Lou Doillon was awarded Officer in the Arts and Letters by French culture minister Aurelie Filippetti, at the Ministry of Culture in Paris. Birkin has asked Hermes to take her name off the crocodile-skin versions of the iconic Birkin handbag after being alerted by animal rights group PETA of “cruel” slaughtering practices. [AP/NEWSIS]

PARIS - British singer Jane Birkin has asked Hermes to take her name off the crocodile-skin versions of the iconic Birkin handbag, after being alerted by animal rights group PETA of “cruel” slaughtering practices.

A PETA video from June shows several reptiles at a Texas farm that supplies crocodile skins to Hermes left twitching in a bloody ice container to die after being shot with a captive bolt gun and cut with a knife.

Birkin said in a statement obtained Wednesday that she was “alerted to the cruel practices ... to make Hermes handbags carrying my name” and has “asked Hermes to de-baptize the Birkin Croco until better practices in line with international norms can be put in place.”

The Birkin bag was created in 1984 by Hermes in honor of the famed singer and ex-girlfriend of Serge Gainsbourg, and is, still today, one of the world’s most exclusive luxury items.

The bag is beloved by stars such as Victoria Beckham and comes in calf, ostrich, lizard as well as crocodile. It can cost between $10,000 and over $100,000, with waiting lists to buy it famously stretching into the years.

No publicly listed phone number for Lone Star Alligator Farms in Winnie, Texas, about 50 miles east of Houston, could immediately be located Wednesday.

Steve Lightfoot, a spokesman for the Texas Parks & Wildlife Department (TPWD), which regulates the commercial production and harvesting of alligators in Texas, said that Lone Star Alligator Farms has a current permit and is operating legally.

PETA filed a complaint on Feb. 25 with the TPWD seeking revocation of Lone Star Alligator Farms’ permit, which the agency declined to do following an unannounced facility inspection March 2 by several state game wardens.

“Our folks did indicate this site was fairly impeccable as far as the conditions, the record-keeping,” Lightfoot said.

The game wardens found some minor code violations, related to height of a structure and one alligator with a mild bacterial infection, leading to misdemeanor citations, Lightfoot said.

“We don’t have any issues with Lone Star Alligator Farms,” Lightfoot said Wednesday about the status of the company.

The PETA investigation, however, found “filthy conditions” at the facility, said Kathy Guillermo, a senior vice president for the animal rights group.

“Our investigator in Texas spent most of the day standing in knee deep, filthy, putrid water that had as many as 55 alligators in it, when according to the state’s own statute it should have no more than six,” Guillermo said.

Contacted by The Associated Press, Hermes said it “respects and shares (Birkin’s) emotions” and was “shocked by the images recently broadcast.” An investigation, it says, is underway.

While the fashion powerhouse acknowledges that the Texas farm supplies it with crocodile skins, Hermes says they aren’t used specifically for the Birkin bag. Hermes also uses croc for watch straps and other bags. AP