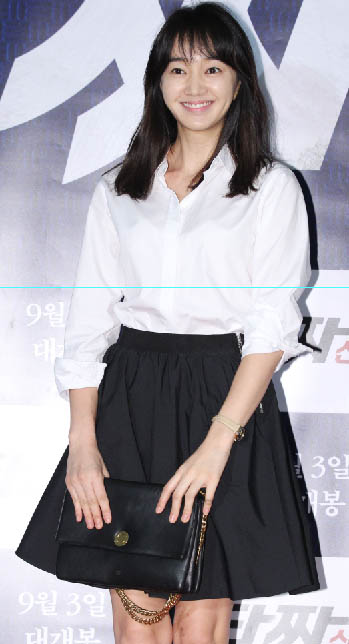 Actress Soo Ae, who is in the spotlight in the ongoing SBS drama “Mask,” has been cast in the lead role of the sequel to “Take Off,” the hit movie released in 2009.

Distribution company KM Culture announced on Thursday that Soo Ae will take on the role of ace South Korean national team hockey player Ji-won, who played on the North Korean team before defecting the country.

The upcoming flick centers on the story of the only female ice hockey team in Korea and how it came to be.

The team consists of various people, including a North Korean defector, a middle school student and a middle-aged woman, all of whom have different stories before uniting on the team.

The new film scheduled to open in October is the first Korean movie about ice hockey.

According to the distribution company, celebrities including Soo Ae are undergoing intensive ice hockey training.

The 35-year-old actress will be working alongside Oh Dal-su, Kim Seul-gie and Jin Ji-hee for the upcoming work.