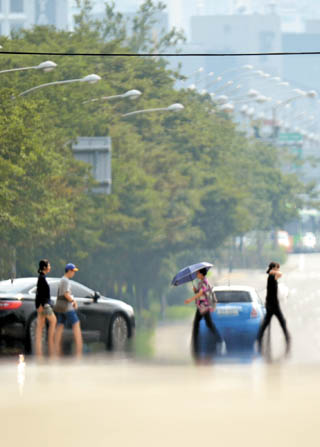 A road in front of Yeouido Park in Seoul shimmers with heat on Thursday. As heat warnings were issued for most parts of the country, two deaths were reported this week. According to the Korea Centers for Disease Control and Prevention, a worker fatally collapsed at a construction site in South Chungcheong on Tuesday and an elderly farmer was found dead Wednesday in South Jeolla. [NEWSIS]