[Cooking with Her Excellency]In Finland, salmon stew is a staple dish

[Cooking with Her Excellency]In Finland, salmon stew is a staple dish


At a time when healthy eating trends are gaining momentum around the world, Hilkka Heimonen is positive Finnish cuisine has gained a firm foothold in the global demand for fresh, nutritious ingredients.

Coming from a country where she picks her own berries from a forest near her house, the wife of the Finnish ambassador to Korea chose a creamy dish of salmon soup to exemplify the rich flavors of Finland.

Q. Why did you choose salmon soup?

A. Dishes incorporating fish, especially salmon, are typical in the Finnish kitchen. When I realized that most of the ambassadors’ spouses who previously joined this series cooked with meat, I thought choosing fish would be an apt alternative. The dish is easy and takes little time to prepare, counter to many traditional Finnish menu items, which normally take four to five hours to make.

I was born in northern Finland, where the richest salmon rivers lie. A story goes that loggers who worked in the adjacent woods some decades ago demanded their contractors not to be served salmon more than five times a week. Otherwise, they would have eaten nothing but that fish, the most common food in the region.

Finnish cuisine is notable for generally combining traditional country fare and haute cuisine with a contemporary, continental style of cooking. Fish and meat play a prominent role in traditional Finnish dishes in some parts of the country, while in other areas, various vegetables and mushrooms are included. 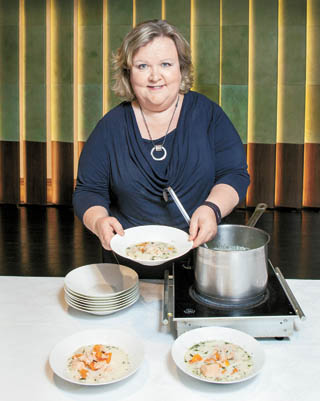 Finnish foods often use whole grain products like rye, barley and oats, while popular berries include blueberries, lingonberries, cloudberries and sea buckthorn. Milk and its derivatives are also commonly used in various recipes. Swedish turnips were often used in traditional cooking, but have been replaced with potato after its introduction in the 18th century.

In the past, the country’s harsh climate meant that fresh fruits and vegetables were largely unavailable for nine months of a year, leading to a heavy reliance on root vegetables - initially Swedish turnips, then later potatoes - dark rye bread and fermented dairy products, occasionally enlivened with preserved fish and meat. Traditionally, very few spices other than salt were available, and fresh herbs like dill were limited to the summer months.

Many Finnish traditional dishes are prepared by baking them for a long time in an oven. Forests and lakes were a major source of food, and today, produce from forests counts for the distinctive traits of the Finnish cuisine. Today, the simplicity of traditional Finnish food has shed light on the fresh ingredients, motivating modern Finnish restaurants to blend high-quality Finnish products with continental cooking techniques.

Internationalization has brought goods from other countries into Finland, enabling Finnish menus to integrate a variety of foreign culinary features coming from pasta, pizza, kebab and hamburgers. Everyday dishes in Finland that were passed down for generations have been replaced by these new fusion offerings. 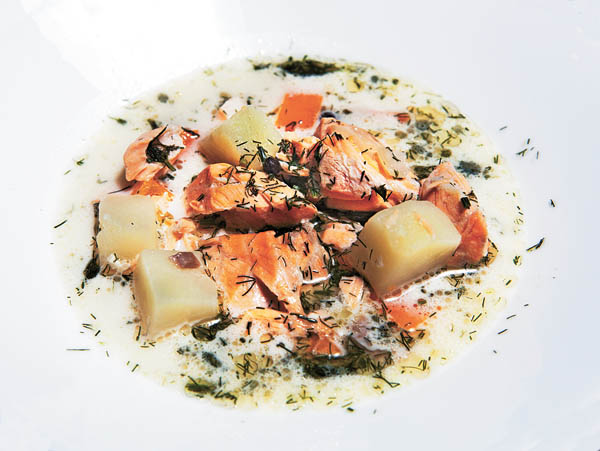 Another significant change is that because Finnish women started entering the workforce in the 20th century, most dishes requiring a long preparation time have been relegated to special holidays.

What Korean culinary aspect can you detect in your salmon soup?

Although trivial, Koreans often use fish in a lot of their food, and there are also many types of stews [jjigae] in the local cuisine.

In general, it hasn’t changed my culinary style. After more than two decades living abroad, I’ve turned more and more to traditional Finnish cooking. As a diplomat’s spouse and a guest, I am always pampered with the best cuisine of every country I stay in. I would be making a fatal mistake to try to imitate those sophisticated dishes. Personally, I choose to stick with the basic Finnish food - keeping it simple and recognizable. 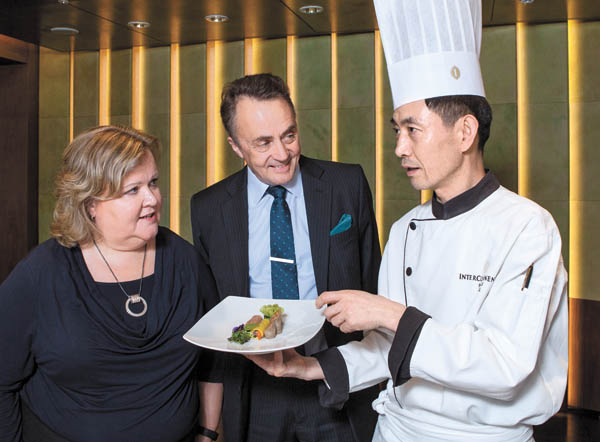 Then what are some Finnish dishes you normally cook and how often do you cook them?

Normally in Finland, I cook twice a day. When I’m abroad, my husband and I are often invited for dinners so I don’t cook as often as I do back in my home country. When my husband is the ambassador, we usually have a cook that comes to our residence to prepare food during the week. There was a time earlier this year when we didn’t have a cook, so I temporarily cooked twice a day, many times for visitors to our house.

What Finnish ingredients are hard to find in Korea, and where can you source them?

Salmon is easy to find here, but I’m unfamiliar with the other kinds of fish so much that it’s almost impossible to incorporate them in my Finnish dishes. I have no difficulty spotting meats, too, but cuts are slightly different so I can’t apply much variation to my food. One type of meat though, mouton [lamb], is hard to find in a normal butcher’s shop. 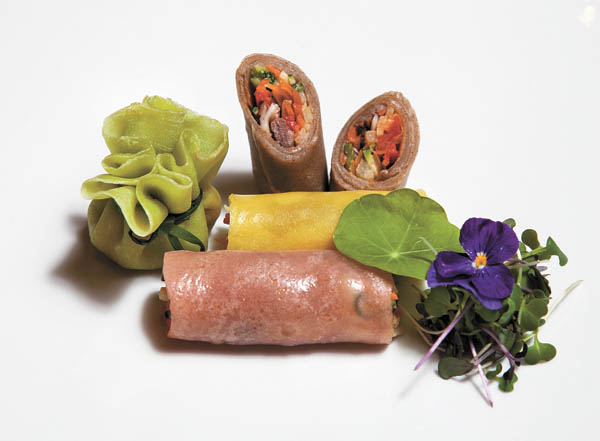 In terms of grains, I’ve realized how difficult it is to purchase rye here, but you can find some in the so-called foreign food shops. I’m still out of luck detecting fermented dairy products, which play a pivotal role in Finnish cuisine, and not to mention the wild berries and mushrooms.

What are the best restaurants in Seoul serving your country’s cuisine or a similar one?

There is no restaurant in Seoul or in the entire country solely serving Finnish cuisine, as far as I’m concerned. An eatery named Hemlagat, which chiefly sells Swedish menu items, might be near to our cooking but the menu is very limited. Some other French, Italian or Russian restaurants may be near to ours, but not really the same cuisine.

What Korean dishes are you and the ambassador fondest of and why?

Above all, I enjoy Korean barbecue [galbi]. The atmosphere around a burning coal is cozy, and grilled food cooked on top of that is always delicious. My husband’s favorite local dish is that, too. Very often do side dishes served in local restaurants surprise me, too. They can vary broadly from place to place and feature some kind of a characteristic of the restaurant serving them.

Please give us your personal observations about Korea, how it compares to your native country or other countries in which you have lived.

Korea is a very safe and clean country, which is not the case in most of the countries around the world. The society functions nicely. Life in Korea is easy for foreigners. Mountains here create nice scenery wherever I go, and offer a sense of freedom even in big megacities.

My favorite place in Seoul lies in my own neighborhood in Seongbuk District, northern Seoul. The Korean Furniture Museum is so much more than furniture and I think every foreigner visiting the capital should drop by. An ancient atmosphere comes alive when I’m there, and I’ll most definitely continue to escort my acquaintances to the site. For me, I think of it as a Korean national treasure.


Every great capital has a diplomatic corps representing their countries and promoting their own cultures. Ambassadors are expert entertainers and their spouses are often skilled at introducing the cuisine of their homeland to their foreign hosts. In this series, the Korea JoongAng Daily asks the spouses of Seoul’s ambassadors to introduce our readers to a favorite entree from their homelands. In each installment, her excellency will be joined by a chef from one of the two InterContinental hotels in Seoul who prepares a Korean dish that complements the foreign offering. Mashitge deuseyo, hyvaa ruokahalua and bon appetit!