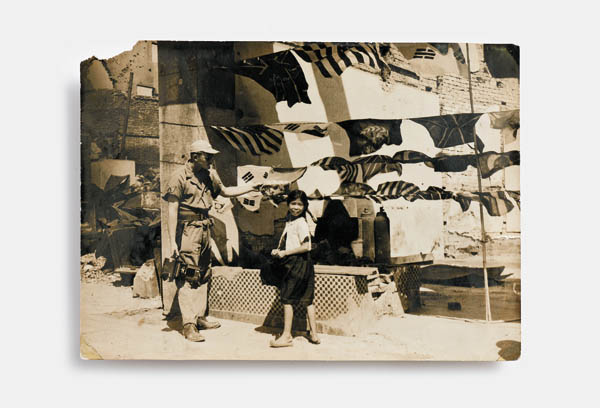 A photo of Park Yeong-ja, who sold flags as a young girl in 1951 in front of Deoksu Palace. Provided by the organizer

There are the average Joes, who haven’t fought in wars and weren’t bestowed shiny medals from the government.

Some of them were focused on a battle all their own - making a living and feeding their children. Others were trying to climb the social ladder, or just trying their hardest to blend.

These are just some of the types of stories that can be found in the new exhibition “70 Voices of 70 Years,” currently on display at the National Museum of Korean Contemporary History, which chronicles the lives of 70 average Koreans since Korea’s liberation from Japanese colonial rule in 1945.

Take, for instance, 13-year-old Park Yeong-ja. During the 1950-53 Korean War, the young teen sold flags from all nations in front of Deoksu Palace in central Seoul. 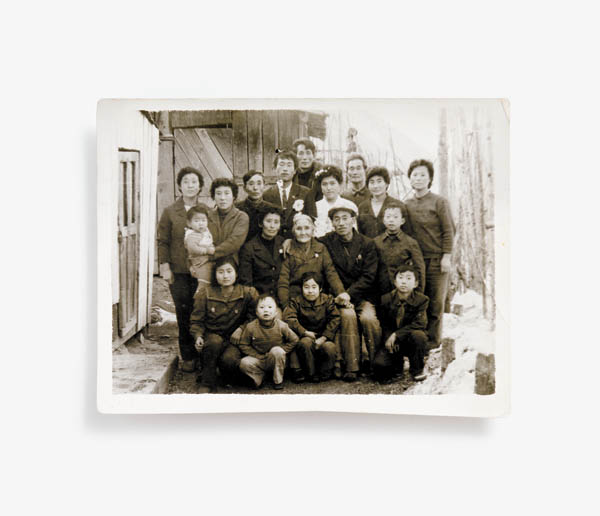 A family photo of Kim Hyeok, a North Korean defector. Provided by the organizer

Every morning, her older brother would carry the flags to the Jongno District while she would head to the palace. Their mother made the flags each day and night.

“Whenever my mother spread the flags she had sewn in our room,” the 77-year-old recollected, “it felt like I had the world in my room.”

The flags, she added, sold quite well. Many United Nations soldiers stopped by to buy one, or at least salute their home emblems, perhaps homesick or disturbed by the thought that they could die any day.

It’s stories like this that are at the heart of the exhibition.

“It is average people who made up the 70 years of history since Korea’s liberation,” said Kim Wang-sik, the museum’s director. “The exhibition sheds light on the stories and items of ordinary people, and we hope the approach will provide an opportunity for people to examine contemporary history from a different perspective for once.”

The 70 people were carefully selected to represent various demographics across Korean society. Their stories are told through their possessions, written records and video clips of their interviews.

The show unfolds in chronological order. The first section, titled “Ships Returning to Korea and Refugee Trains,” focuses on what the average person’s life looked like from liberation in 1945 and into the mid-1950’s.

Clearly, not everyone got the news on Aug. 15, Korea’s Liberation Day.

“Maybe people in the cities knew … but we weren’t informed about liberation [until days later],” said Ju Sang-geun, one of the 70 people featured in the exhibition.

Hwang In-deok, meanwhile, recollected how, as a war orphan, he made a living as a shoe shiner.

“How I envied other children who could go to school and study,” he said. 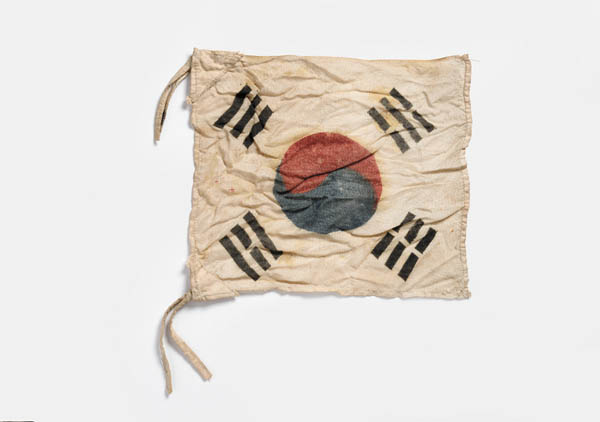 A Korean national flag made by Lee Ha-bok. Lee was at the forefront of the enlightenment movement in the 1940s. Provided by the organizer

He had been ashamed of his shoe shine kit as a child, he admitted, but had since grown to be proud of it.

The second segment, “At Workplaces and Streets,” deals with post-war destitution and the country’s rapid economic growth from the mid-1950’s to the mid-90’s.

Displayed here is the film camera that belongs to Jeon Mong-gak, one of the engineers who built the famous Gyeongbu Expressway in the late 1960’s. Also exhibited is an early television set, which seamstress Kim Geun-ja bought for her children over a 12-month installment.

The last section, “Way of Life: Koreans in the 21st Century and [Beyond],” looks at Korea from the mid-1990’s. Interesting here is a family photo of Kim Hyeok, a North Korean defector - the photo is the only one he has of his family all together. The photo is the 70th item on display, and concludes the show. 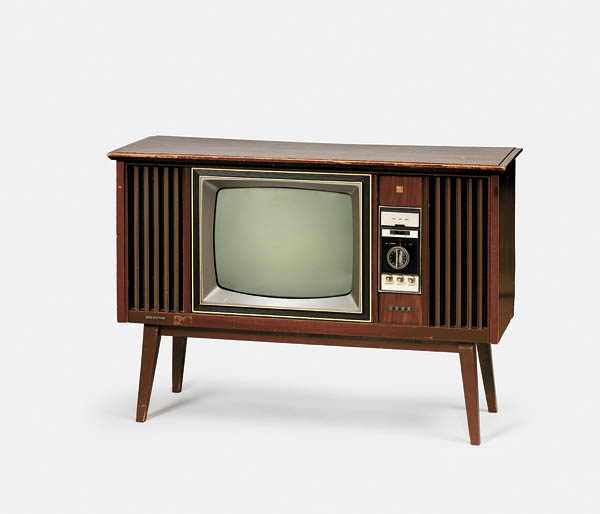 An old television set seamstress Kim Geun-ja bought for her children. Provided by the organizer

The exhibition “70 Voices of 70 Years” runs until Sept. 29, in the Special Exhibition Hall on the first floor of the National Museum of Korean Contemporary History. Admission is free. Hours are between 9 a.m. and 6 p.m., but extended on Wednesdays and Saturdays to 9 p.m. The venue is closed on Mondays.

The museum is located near Exit 2, out of Gwanghwamun Station on Line No. 5 the Seoul subway system.