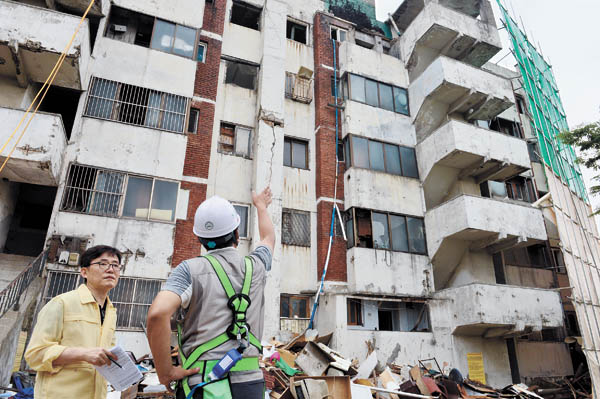 A government official and a construction worker discuss Monday the demolition plan for Geumhwa Sibeom apartment in Seodaemun, Seoul, which received an “E,” the lowest level of the Disaster Dangerous Facilities standard, in 2007. The building, whose condition also threatened nearby residents, was built in 1971, and its removal had been postponed for seven years. [NEWSIS]