From Scotland to Jeju

From Scotland to Jeju 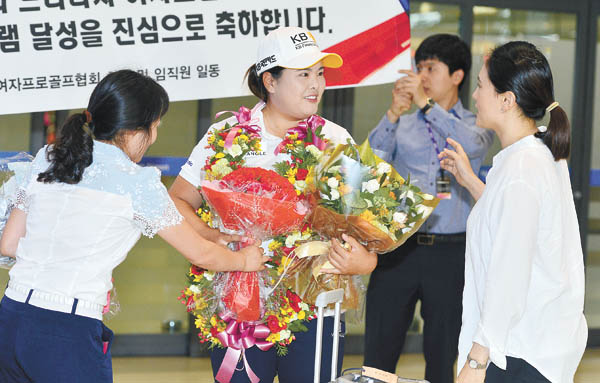 Park In-bee, winner of the British Women’s Open on Sunday, is mobbed by fans at Incheon International Airport on Tuesday. With a Grand Slam (four major tour titles) now in hand, Park says she’s not pinning her hopes on winning the fifth major, the Evian Championship, next month. Her next career goal, the world’s top-ranked woman golfer added, is competing in the 2016 Summer Olympics in Rio de Janeiro. Park will play in the Jeju Samdasoo Masters starting Thursday, looking for her first win ever on the KLPGA Tour. [NEWSIS]