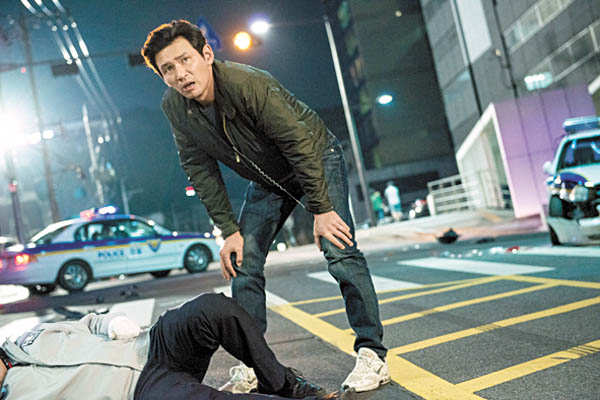 Comedy-action film “Veteran” is the quintessence of what director Ryoo Seung-wan can do well.

It merges action, which is Ryoo’s specialty, with a hefty dose of comedy, which Ryoo is also known for doing well.

His latest film follows a simple plot, depicting a fierce conflict between a hardheaded detective and a spoiled young millionaire.

A predictable plotline and something that we’ve seen before, but when the lead roles are taken on by skilled actors like Hwang Jung-min, Yoo Ah-in, Oh Dal-su and Yoo Ha-jin, it becomes a different story.

Detective Do-chul (Hwang), a leader of a five-member regional investigation unit, one day comes across absurd and violent acts of Tae-oh (Yoo Ah-in), a millionare tycoon, who is young and very arrogant.

Do-chul, a particularly merciless detective when it comes to unjust crimes, immediately senses that Tae-oh is the de facto assailant of a recent mysterious case.

Although Tae-oh always slips through with the help of his wealth, abundant connections and his capable right hand Sang-moo (Yoo Hae-jin), Do-chul doesn’t give up.

And when he finally corners Tae-oh with nowhere to hide, he goes mad, leading to the final showdown in the middle of Myeong-dong, central Seoul.

Including a fierce car-chase, followed by a bare fist fight, it shows both actors’ explosive energy as well as Ryoo’s skillful take on action sequels. 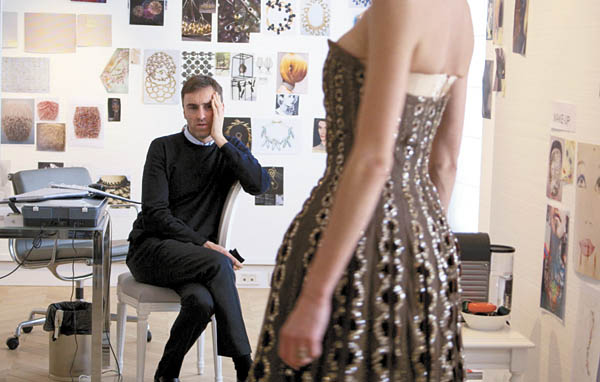 “Dior and I” was directed by Frederic Tcheng who is famous for his interest in fashion and documentary.

He has masterminded “Valentino: The Last Emperor” (2008) and “Diana Vreeland: The Eye Has to Travel” (2011), all of which are nicely crafted documentaries about the fashion industry.

This time, Tcheng has indulged in the legendary fashion house, Christian Dior, recording a behind-the-scene story of the Fall 2012 Haute Couture collection.

It starts when Raf Simons, who is known as a minimalist, having worked at Jil Sander’s men’s wear, is hired as the atelier’s creative director eight weeks before the big show.

His job is to gain the confidence of the fashion house’s doubting employees, but most importantly, he has to create a full collection within eight weeks, not to mention that he has only made ready-to-wear collections.

In spite of his worries, Simons, supported by his creative imagination and gifted talent, produces a highly distinguished show which contains a little bit of Simons yet maintaining the core identity of Dior’s.

Although it is a non-fiction, “Dior and I” is filled up with intriguing story filled with tenseful moments as well as matching soundtracks -- that is the ones that you might hear during a fashion show.

Those who were inspired by the ongoing “Dior and I” exhibition at the Dongdaemun Design Plaza, taking a look at this film would intensify their admiration towards the famous fashion house. 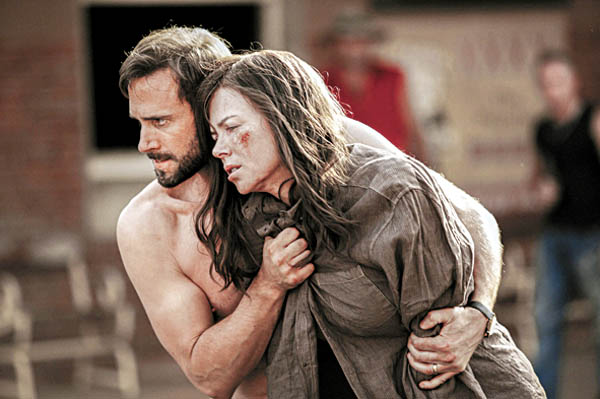 Matthew Parker (Joseph Fiennes) and his wife Catherine (Nicole Kidman) moved to a new isolated town in Australia encircled with deserts where they try to adjust. One night, with a massive sand storm, the family’s tough daily life is interrupted by the disappearance of Lily (Maddison Brown) and Tom (Nicholas Hamilton), their two teenaged children. Mathew and Catherine start to seek for the children with the locals knowing by intuitions that something awful happened to Lily and Tom.

As time goes by, the locals gradually turn their backs to the couple and doubts and rumors began to be casted within the town. With a mysterious event, the story goes on by showing the couple’s anxiety throughout the film.

Australian outback, as a backdrop of the film, enhances the mood of film to become more mysterious. In addition, thanks to the actors and actresses who enthusiastically played their roles, the film has been under the attention of the media. Especially, inside the film, Nicole Kidman, as a noted Hollywood actress, well describes the complicated emotions such as a sense of jealousy and guiltiness that can be felt as a mother who lost her children.

Diary of a Chambermaid (19) 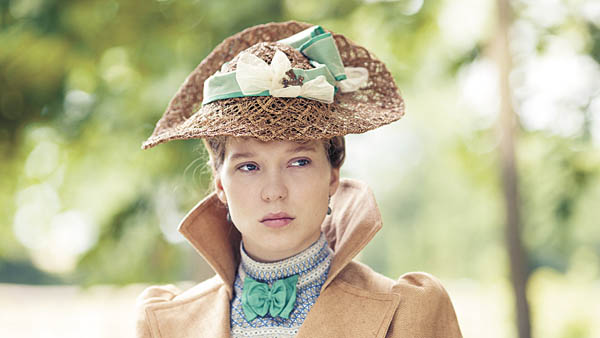 “Diary of a Chambermaid” depicts the life of an impudent chambermaid Celestine (Lea Seydoux) who has a chic fashion sense, arrogant personality, and even a confidence to sneer at her master.

As men flirt at her and other women envy her, Celestine shakes up a small village in the Provence region.

But nonetheless, this impertinent maid doesn’t care what others think of her, even if it is the master we are talking about.

Directed by French director Benoit Jacquot, this film, based on a 1900 novel by Octave Mirbeau has been alreadly adpated into films two times in the hands of masters like Jean Renoir and Luis Bunue.

But, this version of film will be particularly interesting because the third “maid” is taken on by Seydoux, a model-turned-actress who is one of the most trendy and charming actresses in France. Her diverse and colorful maid clothes will strike and captivate the audience’s eyes throughout the film.

The film kicks off when Ethan is left by himself in the middle of London after being informed that his organization, Impossible Mission Force (IMF) is disbanded due to CIA’s claim that the group’s longtime target called the Syndicate was merely a mask to justify their violent actions.

Along the way of tracking down the international terrorist organization by himself, Ethan is joined by a mysterious woman named Ilsa Faust (Rebecca Ferguson) as well as the group’s former members including the tech expert Benji Dunn (Simon Pegg), hacking expert Luther Stickell (Ving Rhames) and strategy analyst William Brandt (Jeremy Renner).

The “Rogue Nation,” once again pulls off an intriguing storyline as well as its signature death-defying stunts.

Anything you can imagine, from fist fights to car chase, bike chase and knife fights, it is all in this movie.

Cruise who is known for not using a stunt double, again shows off some risky actions, notably an opening scene where he hangs off a plane which is taking off on a runway.

Boosted by Cruise’s three-day promotional tour in Korea, the film opened in the first place last week, shoving off a local blockbuster “Assassination.”