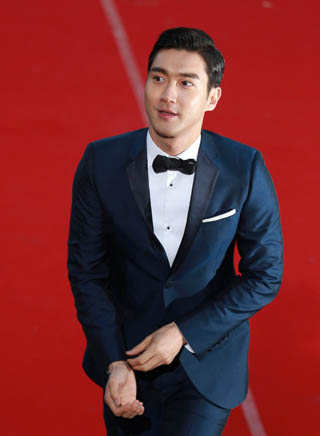 Singer-actor Choi Si-won from the all-male act Super Junior has been confirmed to be enlisting in mandatory military service within this year, though the specific date has not yet been determined.

“Choi has passed the exam to become a conscripted policeman, and apparently it is the norm to enlist .?.?. within a year [of passing the exam],” said a person involved with Choi’s talent agency, SM Entertainment, on Thursday.

The 28-year-old is expected to appear in MBC’s new drama “She Was Pretty” (working title), which is scheduled to premiere in September. Choi will play the role of a competent editor with a free-spirited personality in the upcoming series. By Jin Min-ji