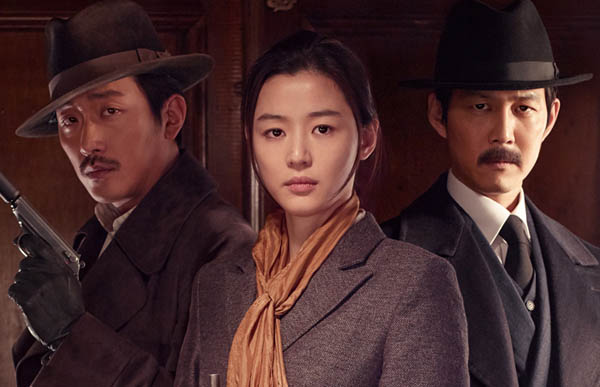 The main characters in Choi Dong-hoon’s “Assassination,” played by, from left, Ha Jung-woo, Jun Ji-hyun and Lee Jung-jae. Provided by the distributor

Caper Films, the company that produced Choi Dong-hoon’s “Assassination” and was accused of plagiarism earlier this week by novelist Choi Jong-rim, has condemned the allegation, saying that it is “completely groundless.”

The company said it is going to take “strong countermeasures” against the novelist, who has been claiming since Monday that a large part of the film’s plot and characters resemble that of his 2002 novel “Korean Memories.”

“Director and screenwriter Choi Dong-hoon got to know about this novel through news articles two days ago, and what Choi Jong-rim is claiming is based on characters and a summary that have nothing to do with ‘Assassination,’?” the production company said through an official press release Wednesday evening.

The press release went on to refute that the two works are based on different historical facts, because while “Assassination” revolves around a secret assassination scheme which happened in Shanghai and Gyeongseong (a former name for Seoul) in 1933, “Korean Dreams” is about ousting the Japanese Government-General of Korea in 1945.

Also, the official release stated that having a female sniper in the leading role, which was the main argument of Choi Jong-rim, cannot be seen as a point of plagiarism because the female character in “Korean Dreams” mostly works in the situation room, while that of “Assassination” is a very capable field agent.

“Besides the fact that the two were female independence fighters, we cannot see any common ground in the matter,” the press release stated.

In regards to the banquet scenes that appear both in the movie and the book, Caper Films asserted that the scene in question is a climax in the film where the targeted figures are shot and killed. However, in the book it is merely used as an ambush scene where major figures in the Japanese government are taken hostage, the company added.

“Choi Jong-rim is spreading groundless rumors through the media even before filing an official lawsuit. If his filing is officially accepted, we are going to proceed with the criminal suit,” the company said.

Meanwhile, “Assassination,” an 18 billion-won ($15.4 million) film starring A-list stars like Jun Ji-hyun, Lee Jung-jae and Ha Jung-woo, opened nationwide on July 22 and has so far sold more than 7.6 million tickets as of Wednesday.