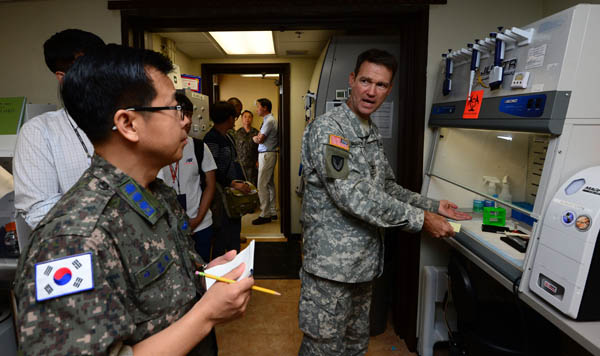 Korean and U.S. investigators conduct an investigation Thursday at Osan Air Base looking into how and why live anthrax samples were delivered to the U.S. military installation. The probe began about 70 days after the Pentagon first admitted to the error. The Korea-U.S. Joint Working Group, which includes Korea’s Ministry of Foreign Affairs and military personnel from both nations, is looking into how American researchers on the base experimented with and later discarded the virus. Based on an on-scene investigation, the group will take legal and institutional measures in response to the anthrax delivery. Guidelines to prevent further accidents will be reported to the Status of Forces Agreement (SOFA) Joint Committee in December. [NEWSIS]