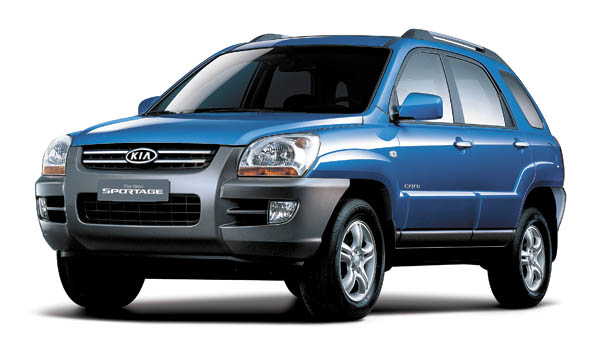 Hyundai Motor and Kia Motors have decided to offer their biggest discounts ever - up to 30 percent of the sticker price - to boost plunging sales in China.

“The promotion is being carried out because the new model of Sporatge will come out soon,” said a spokesman for Kia Motors.

Beijing Hyundai also decided to cut the price of the Tucson SUV, which is being sold as the ix35 in China, by 23,000 yuan, as the company will start selling new Tucsons next month.

Some think the discounts being offered in China are too extreme because the companies generally have been offering cuts of about 4 million won ($3,400) on models that are becoming obsolete in overseas markets. The 50,000-yuan discount is the equivalent of 9.38 million won. But industry insiders say Hyundai and Kia have been struggling in the world’s second-largest auto market lately.

“We had to join the discount battle since many local companies are selling cars at low prices and other global automakers have also offered discount promotions to overcome soft sales,” said a spokesman for Hyundai.

Global automakers, including Volkswagen and GM, offered discounts from 10,000 to 54,000 yuan. According to industry data, sales of Fords in July dropped by 19.8 percent from a year ago, while the figure for GM plunged by 20.9 percent, and Volkswagen’s sales declined by 29.1 percent during the same period.

Japanese automakers, including Toyota and Nissan, were the only global carmakers that had increases. Sales of Toyotas in July went up by 13.3 percent from a year ago, and the figure for Nissan improved by 6.8 percent.

“Japanese automakers aggressively expanded their share of the market with competitiveness in pricing thanks to a weak yen,” said researcher Lee Hang-gu of the Korea Institute for Industrial Economics and Trade.

Hyundai Motor said it will try to provide more models that have higher fuel efficiency and develop new selling strategies for local dealers. The company said it will carry out diverse marketing strategies in September, a time when car sales generally increase. Hyundai Motor will introduce its new Tucson SUV in September and Kia Motors will start selling its new K5 sedan in October.

“We [Hyundai and Kia] will try to reclaim a [combined] market share of 10 percent in China,” said a spokesman for Hyundai Motor.

The combined market share by Hyundai and Kia in the first half this year was 9.2 percent, down from 10.4 percent last year.