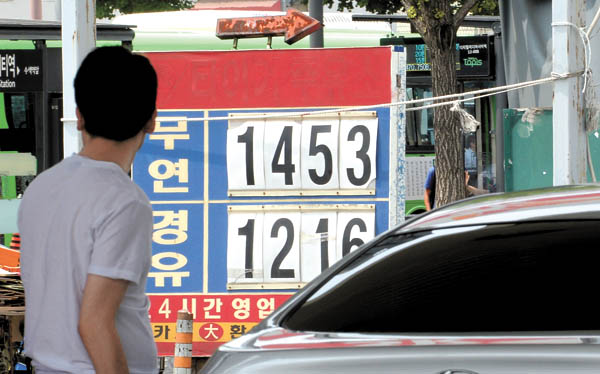 ­A customer fills his tank at a gas station in Eunpyeong District, northern Seoul, on Sunday. According to the Korea National Oil Corporation (KNOC), the average gasoline price at local gas stations in the country dropped for five consecutive weeks, reaching 1,559.7 won per liter ($5.07 per gallon) in the first week of August, a 6.5-won drop from a week earlier. KNOC said the international oil price dropped on worries of oversupply and China’s slumping economy. [NEWSIS]