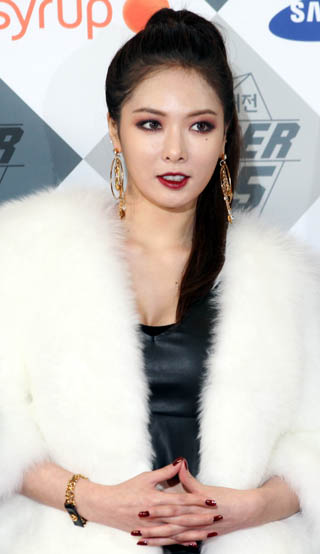 Singer Hyuna of the girl group 4Minute released a trailer for her upcoming fourth solo album through her agency’s official YouTube channel at midnight on Monday.

According to the 23-year-old’s talent agency, Cube Entertainment, Hyuna will unveil a new record called “A+” in the fourth week of August. It will be the singer’s first solo album since her third single, “A Talk,” was released in July of last year.

Shot in Los Angeles, the upcoming record is apparently aiming for an R-rated designation, implying that the singer will show off a racy performance. In the video clip released Monday, she is wearing a bikini and even reveals her bare upper body.

She rose to fame as the lead rapper in the all-female act Wonder Girls until she left the band and JYP Entertainment in 2007. Hyuna subsequently signed a contract with her current talent agency and returned to the public as part of 4Minute.

Thanks to her eye-catching dance and performance skills, she has earned a huge following. A few of the hits from her solo albums include “Red,” “Ice Cream” and “Bubble Pop.”