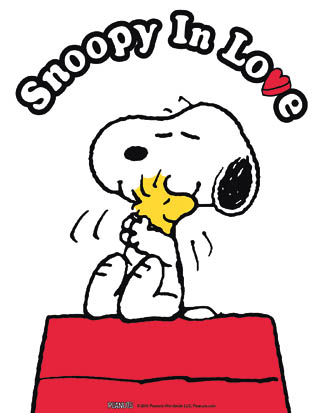 “Since Snoopy comic strips not only are hilarious and charming but also distill Schulz’s own philosophy into simple but impressive characters and emotional stories, Snoopy has been served as a popular character among American adults as well as children,” Corry Kanzenberg, senior curator at the Schulz Museum, said during the press conference on July 30.

It is the first time for the original pieces drawn by Schulz, the original creator of the comic strip “Peanuts” (1950-2000) and its character Snoopy, to visit Korea, according to exhibition organizers.

For more than 50 years, Schulz’s drawings were published serially as a cartoon strip each day. 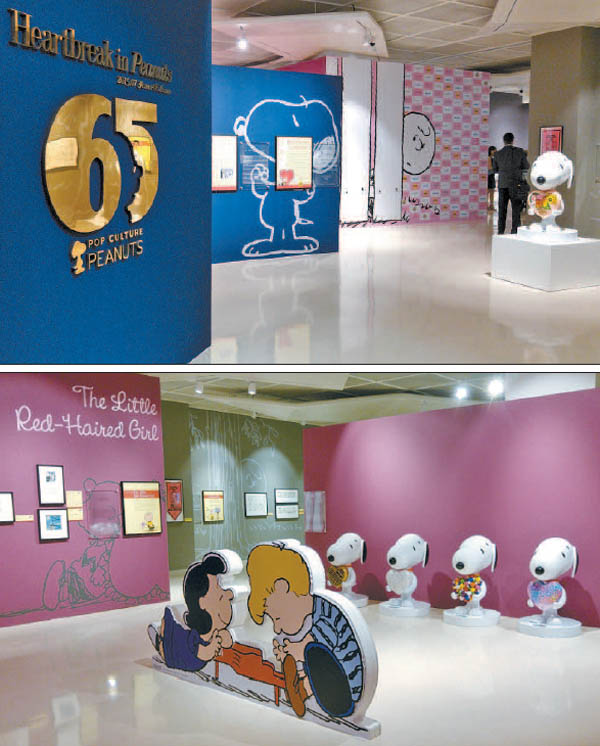 To celebrate the 65th anniversary of the beloved cartoon character Snoopy, a special exhibition titled “Snoopy in Love” is being held at Lotte Avenuel World Tower Art Hall in eastern Seoul and Lotte Gallery at Lotte Department Store’s main branch in central Seoul. By Koo Yu-rim

He drew 17,897 “Peanuts” cartoon strips up until a day before he died.

This special exhibition is divided into three exhibitions: “Heartbreak in Peanuts,” “Inside Peanuts” and “Giving my heart to Snoopy."

The “Heartbreak in Peanuts” section, as the title implies, consists of various episodes which show heartbreaking love stories between the main characters. Along with the character Snoopy, inspired by Schulz’s childhood dog Spike, there appear human protagonists Charlie Brown, Frieda Rich and Linus Maurer, modelled after Schulz’s real-life peers.

The section “Inside Peanuts” showcases the process of making the cartoon and its developments. Schulz had a very simple process that involved using one pen for drawing and one pen for lettering.

The last section of the exhibition is “Giving My Heart to Snoopy,” where 65 Korean and foreign artists and celebrities including Jean Schulz, Charles’s wife, took part in designing their own heart held by a Snoopy figure to express their affection toward the character.

At the end of the exhibition, these 65 Snoopy figures will be auctioned for charity, and the profits will be donated to World Vision.

Among the designed hearts, sculptor Park Seung-mo’s heart depicting Schulz’s face and Jean Schulz’s heart on which “Sweet Babboo” (her nickname for Charles) is written are particularly touching.
“Participation and collaboration of Korean celebrities aimed to combine Korea’s own content with ‘Peanuts’ in order to attract Koreans,” Kwon Yoon-kyung, curator of Lotte Art Hall, said.