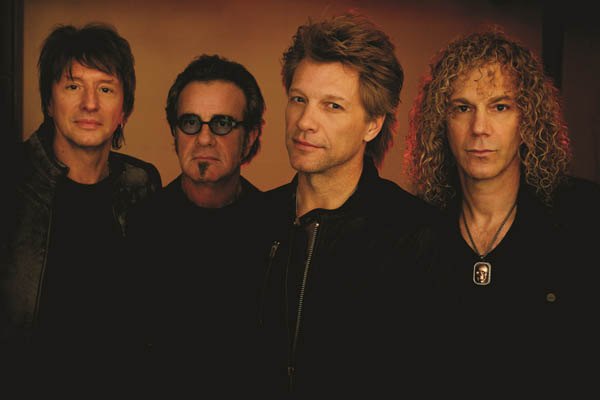 Sept. 22: Bon Jovi is coming back to Korea after 20 years. With hit songs such as “Livin’ On A Prayer,” “Bad Medicine” and “It’s My Life,” Bon Jovi has amassed 130 million album sales and nearly 38 million concert attendees worldwide.

Friday: Renowned music producer and singer Pharrell Williams is slated to perform in Seoul. Last year, the single “Happy” topped the Billboard charts for 10 weeks and won three prizes at the 51st Grammy Awards. The singer’s popularity in Korea was proven when “Happy” became the most played song on domestic music-streaming websites.

Aug. 28: Maestro Chung Myung-whun of the Seoul Philharmonic Orchestra will hold the baton for Beethoven’s two monumental symphonies, Symphony No. 6, “Pastorale,” and Symphony No. 7.

Symphony No. 6 evokes praise and gratitude for nature, while No. 7 was praised as a consecration of dance by German conductor Richard Wagner. Since Chung has conducted Beethoven’s symphonies numerous times before, his next event in August is highly anticipated by many.

Aug. 29: Pianist Yoon Han will hold his solo concert “Last Summer Party,” which is also titled “The Artiste.” Yoon is famous not only for his outstanding piano playing but also for his skills as a musical actor, music director and entertainer who appeared in MBC’s “We Got Married (Season 4)” and E Channel’s “Love Pawnshop.” His recent concerts have been selling out. The pianist’s first outdoor solo concert will start with him on piano and add various other instruments as the performance goes on. Yoon will play not only classics but also jazz and many different film scores.

Sept. 7 and 9: Pop super band Maroon 5 has added a second night for fans in Seoul due to their sell-out popularity. The tickets for Sept. 7 sold out in just a few minutes, upsetting those who were not fast enough. Despite it being the band’s fourth visit to Seoul, their popularity is still at its peak, with hits like “She Will Be Loved” and “Moves Like Jagger.”

The concerts start at 4 p.m.

Sept. 12 and 13: B1A4, which has fascinated fans and audiences with a variety of different concepts in each concert, will hold a concert to show off the group’s new style. At an outdoor theater at Yonsei University, where the audience will be able to enjoy the autumn breeze, B1A4 will captivate the audience for hours by interacting with them. The large stage and variety of settings will complement the band’s music for an unforgettable night.