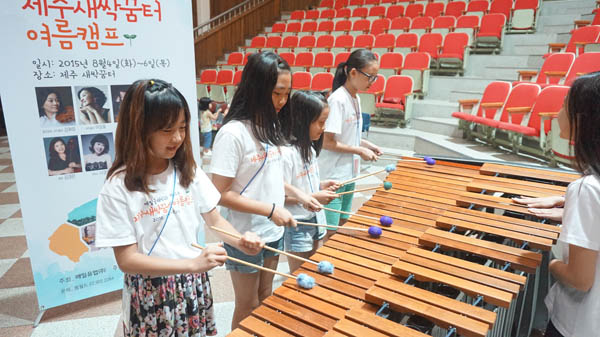 Children play a variety of musical instruments that make different sounds at the Jeju Ssaessac-Ggumter Camp, organized by Maeil Dairies. Provided by the company

To Maeil Dairies Industry, the key to its social contribution is not to leave anyone out.

Just as the company has strived to make special dairy products for infants who cannot consume the normal diary products due to genetic defects, it aims to ensure that less privileged families and children have equal access to cultural experiences.

With more than a decade of experience running its main cultural program, Maeil Classic, which brings classical concerts to areas across Korea, the company has started to try out new programs targeting young children.

“Because many of our products target young children and infants, we wanted to bring benefits to them, as we think it would be best to align the customers to our products and beneficiaries of our social contribution works,” said Choi Hyung-sik, director of Maeil’s CSR team.

“By providing diverse cultural benefits to young ones, we hope in the long run we can contribute to tackling issues related to the low birth rate as well as developing a society where no one is neglected.” 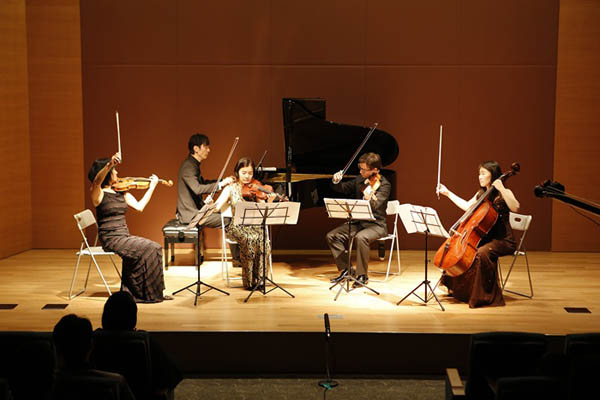 Children play a variety of musical instruments that make different sounds at the Jeju Ssaessac-Ggumter Camp, organized by Maeil Dairies. Provided by the company

Maeil Classic is the main cultural event the company hosts to benefit society. Since 2003, the company has brought classical music performances to towns across Korea, especially in regions where residents don’t have much access to the arts. The performances usually take place in the spring and fall, and the 23rd performance will be held in early October, though the dates have not been fixed yet.

The location, however, is set, and the performance team will head down to the Busan area. The concerts will be held at local arts centers as well as military bases in South Gyeongsang. The company wanted to go far from Seoul this time because it just held the 22nd edition in Seoul and Bupyeong and Goyang in Gyeonggi in March and April. Each concert series usually includes three or four performances.

The performances have so far been mostly instrumental, but this year the company is considering having singers alongside instrumental performers to add a variety.

“We focus mainly on classical music, because regional concert venues rarely do classics while they often do more widely received pop music due to the fact that it is hard to attract local audiences,” said Roh Seung-su, deputy general manager on the company’s CSR team, adding that local concert venues are often used to show movies. 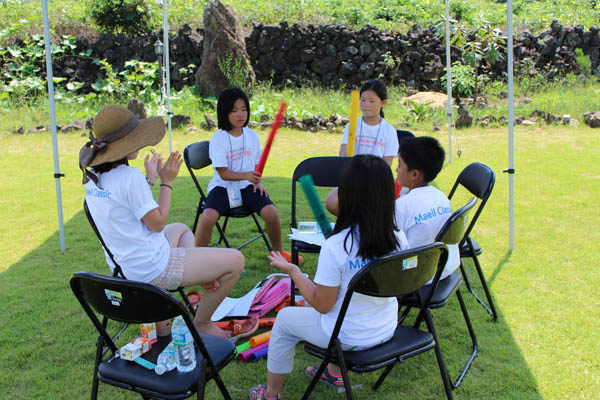 The camp is a spin-off of the company’s long-running Maeil Classic program, which holds concerts to give less fortunate families the chance to enjoy cultural experiences. Provided by the company

“When we host concerts, we usually get 60 to 70 percent occupancy rate in the audience, and since we have been building our concert name in the regions, residents want to come see how we do it when we come to their town.”

The company chooses where to go next based on an analysis on towns that lack musical activities or when invited. Last year, Maeil Classic went to Gangwon, and some soldiers from a nearby military base attended. One of the attendees has since been transferred to South Gyeongsang, and the officer requested the company to bring the concert series to the military base there. So of the three concerts it is planning in the South Gyeongsang area this fall, the company will hold one at the military base.

“We now look for a variety of venues outside of music theaters, such as schools and military bases, to really serve the aim that we are the team that comes to locals,” said Roh.

To further strengthen its efforts to bring music to the less privileged, this year the company also held a summer music camp on Jeju Island last week. The program, a spin-off of its annual classical concerts, shifted the focus from the general public to young children.

The Jeju Ssaessac-Ggumter Camp, which coincided with the opening of a new childcare center for children in need, invited 40 students to attend.

Seven groups of five or six students practiced a variety of musical instruments for one day, and presented their performance on stage the next day. These students got to play percussion instruments called boomwhacker and many others to expand their knowledge of music.

“We think students in the camp got a chance to experience a more exciting music-making process as they get to learn from performers that they have only seen on stage at a theater,” Kim Hwa-rim, music director for the camp.

The camp encouraged competition between students, but among groups instead of one student against the others to help students learn cooperation.

“Through these lines of practice, we have seen some seriousness and concentration from students, which we did not expect to see, and that was quite amazing,” said Kim.

Along with playing the instruments, students also practiced how to walk onto the stage before the performance and how to bow at the end. Not only musical performers but also actors came to share their insights on performing. 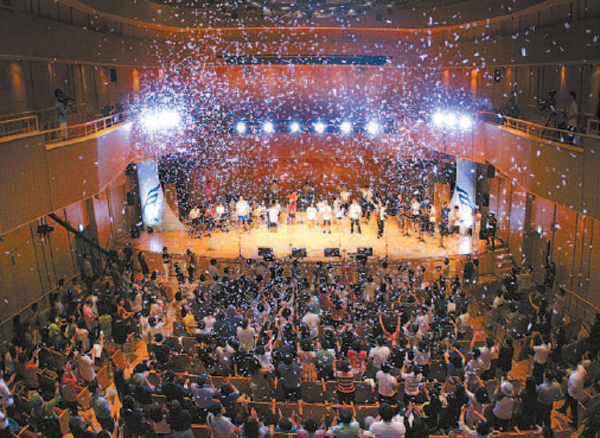 The closing ceremony of the 3rd Pyeongchang Special Music and Art Festival, sponsored by Maeil Dairies, was held yesterday at Alpensia Resort in Pyeongchang, Gangwon. Provided by the festival

“It will be a fun memory as I had enjoyed learning the instruments as well as filming a drama,” recalled a child who participated in the three-day camp.

Instructors hope that the experience with the company’s program will teach proper theater decorum to the children, which they seldom get to learn.

“We believe that students will become more mature audience as they learned the disciplines that are commonly required when [attending] performances by really being on stage to perform,” Kim added.

“We hope that these elementary school students later play a key role as a [mature] audience, which is a key factor in fostering the society’s cultural infrastructure.”

Since this was a pilot program for the company, Maeil will now decide on whether to continue organizing this type of music camp for youngsters.

Because there are limited opportunities to organize musical events, the company also acts as a major sponsor of many of the local cultural events. Most recently, Maeil sponsored the Pyeongchang Special Music and Art Festival, which organizes concerts with children with developmental disorders.

The third edition of the festival, which started in 2013 with participants from 12 different countries, welcomed artists from 21 countries including Nepal, Mongolia, Singapore, Germany, France and Hungary. The five-day event started last Friday and wrapped up on Tuesday in Gangwon.

“As we have focused on giving hands to people in need, we have reached out to physically and mentally challenged families,” said director Choi.

“To pursue a world where no one is left out, we’ll continue looking for those who need help and provide a hand.”